Personality tests are often used to categorise people according to how they tend to think and act. There are various approaches and systems available; one of the most popular and best known is the Myers-Briggs test.

The Myers-Briggs system is based on theories developed by the Swiss psychiatrist Dr Carl Jung. It sorts people into one of 16 different personality types by identifying their preference for each of four opposing personality functions:

Knowing and understanding your personality type and the strengths and weaknesses that come with it can be an important first step in choosing a career that suits you.

In this article, we explore what it means to be an ESTP personality, looking at key personality traits and how these might translate into a work setting.

We also set out 10 of the best career matches for an ESTP personality, along with a few jobs to avoid. 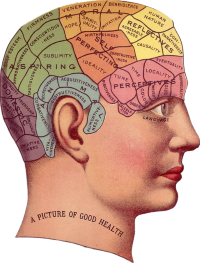 What Qualities Does an ESTP Personality Have?

ESTP personality types, often known as ‘The Dynamo’ or ‘The Entrepreneur’, make up just 4% of the population.

As with the other Myers-Briggs personality types, the acronym ESTP stands for the four key characteristics that influence how this type relates to others, how they work and what motivates them. In the case of ESTP types these are:

ESTPs are passionate and energetic people who focus on the present and are willing to take risks. They thrive on action and adventure and are wired to seek out new challenges and opportunities.

As sociable extraverts, ESTPs have a natural charm that draws people to them. In turn, they are re-energised when surrounded by large groups of people. They are usually able to get along with people easily, although their direct communication style can sometimes come across as blunt or even rude to some.

ESTP types are logical thinkers who focus more on facts than feelings when making decisions. Although they are flexible in their approach, they favour the concrete over the abstract and are skilled at coming up with practical solutions.

While their energetic, active and detail-oriented approach can make ESTPs valuable in a crisis, their preference for thinking and acting in the moment means they focus less on the bigger picture or planning for the future.

Likewise, ESTPs dislike too much structure and routine, preferring work environments that are open-ended and flexible, giving them the freedom to come up with their own ideas and execute them in their own way.

As with any other personality type, ESTPs have strengths and weaknesses that will come into play both at work and in their private lives:

In the right role, ESTPs bring energy and passion to the workplace and take a hands-on approach to any task. They are doers rather than planners, and enjoy having the independence and freedom to make their own rules and come up with their own solutions to problems.

ESTPs are constantly active and in search of excitement – they don’t like sitting behind a desk for long and enjoy seeking out new challenges and opportunities.

Sociable and charming, they work well with others and will naturally take on the role of leader. They also build up professional networks with ease.

ESTPs in a Team

ESTPs are likely to be active and enthusiastic members of any team, particularly when tasked with solving problems or coming up with new ideas. Their practical approach combined with a desire for action means they will often be the reasoned voice guiding the group towards a logical solution.

While an ESTP’s sociable and engaging nature means they are usually a well-liked member of any team, their light-hearted communication style and willingness to take risks may cause friction with team members who are more serious or prefer to do things by the book.

Leadership roles tend to come naturally to ESTPs as they are keen to take charge. Their energetic approach means they lead from the front rather than sitting back and giving orders.

They are also approachable and open to feedback from their team members, and their ability to read others means they can adapt their methods of persuasion to bring a group around to their point of view.

However, ESTP leaders can be overly assertive and fail to take personal feelings or office politics into consideration when giving their opinion. Their focus on the present rather than the future can also mean they may struggle to provide a long-term plan or vision for their team.

ESTPs are best suited to careers that provide the action and challenges that they crave. They may prefer to create something tangible rather than work with abstract ideas, and tend to favour jobs that offer fun and variety with the freedom to work independently, rather than following set procedures.

Below we outline jobs in a range of industries that are a good match for ESTPs.

This personality type is often known as ‘The Entrepreneur’, so it is no surprise that this is an ideal career path for ESTPs.

With their risk-taking nature and willingness to test new ideas, ESTPs are well suited to striking out on their own. They also have the energy and capacity to learn new skills and to adapt if things don’t turn out as planned.

Their knack for influencing others enables them to sell their ideas and bring other people on board with them.

Gregarious and outgoing, ESTPs love to be in the spotlight, so a career in acting could suit them down to the ground. Working as an actor would also give them the variety, excitement and sense of adventure that they want from a job, allowing them to travel, experiment with different roles and work with a wide range of people.

The self-confidence, drive and ambition needed to succeed as an actor would also sit well with an ESTP’s competitive streak.

ESTPs would be able to put their powers of perception and social intelligence to good use as a business development officer. This is usually a management role and ESTPs would enjoy the autonomy that comes with that, using their logical, problem-solving skills to come up with new strategies to lead their company to success.

The opportunities to network and visit different locations in the course of the job would also suit sociable and active ESTPs, preventing them from feeling bored or restricted.

Whether working as a private investigator or in a corporate environment, detective work requires critical thinking, high levels of observation, attention to detail and a resourceful and flexible approach, making it a great match for ESTPs.

ESTPs would also enjoy the excitement and variety of detective work and would excel at thinking on their feet as a case unfolded. Their strong communication skills and their ability to read people would also serve them well.

A paramedic is often one of the first people to arrive at the scene of an accident or emergency and may arrive to find scenes of chaos with people in need of help. This could be an excellent career path for ESTPs, who thrive when they can put their capacity for quick logical decision-making to good use.

While other personality types might buckle under the pressure of responding to a crisis, ESTPs are not afraid to work at a fast pace and think on their feet.

All sales roles are generally well suited to ESTPs, who can use their charm and persuasive personalities to win over clients. With their natural inclination to lead, a role as a sales manager would give them the freedom and flexibility to do things their way and bring others along with them.

A role as sales manager often involves networking and travelling, so this would also give ESTPs the variety and change of scenery that they need to thrive at work.

While working to keep communities safe, a job as a police officer can be unpredictable and involves an element of danger – both aspects that would attract adventure-loving ESTPs.

ESTPs respond to difficult or tense situations without losing their nerve, assessing the realities of a situation at speed and taking logical and decisive action.

Their adaptability and excellent interpersonal skills would also serve them well, as police officers can find themselves dealing with all walks of life in all manner of situations.

Jobs that involve physical activity are ideal for ESTPs, who love being active and working with their hands, and hate being stuck behind a desk.

Construction managers may oversee several projects at once and will often have to deal with emergencies and setbacks on a day-to-day basis. With their high energy and ability to multi-task and apply logic to solve problems, ESTPs would take this all in their stride.

As ESTPs like to see tangible results. They would also get job satisfaction from seeing a construction project through to its end.

Professional athletes must be prepared to push themselves to their physical limits and this is something that ESTP personality types do not shy away from.

ESTPs are also wired to make the bold, spur-of-the-moment decisions that can mean success or failure in a crucial match or athletic tournament.

And while other personality types might struggle to cope with the punishing training regime required to succeed, the thrill and excitement of competing would make it worthwhile for an ESTP.

While ESTPs are usually logically minded, they are also outgoing and creative thinkers, which can make them a success in artistic careers. A creative director may work in film, advertising, music or fashion and this role would allow ESTPs to execute their big ideas and use their high energy levels.

Creative directors have to lead a team and may need to respond to unexpected situations or sudden changes. ESTPs would do this with confidence and ease.

While there are many roles and industries that ESTPs will excel in, some jobs are not well suited to their particular blend of characteristics. The following are some of the careers that ESTP personality types would do best to avoid.

A psychologist’s work involves understanding a person’s thoughts and emotions, a process that may seem quite alien to logical, analytically minded ESTPs. ESTPs can feel uncomfortable or awkward discussing emotions and tend to avoid doing so. Their blunt and direct approach can make them seem cold or insensitive, neither of which are desirable traits in a psychologist.

Accountancy work requires toiling at a desk for long periods every day, carrying out repetitive tasks and working to strict rules and structure. The desk-bound routine and often solitary nature of the role would not suit ESTPs, who do best in jobs that offer social interaction, variety and some degree of unpredictability.

While ESTPs may have the intellectual capabilities to excel as an academic, they prefer roles that offer them a more hands-on experience and the opportunity to work in an energising, exciting environment. They are likely to find an academic setting too rigid and may tire of the need to dwell on abstract concepts for long periods.

Hard-working, charismatic and full of passion and original ideas, ESTPs can be a real asset to a workplace, especially when quick thinking and decisive action are required.

While ESTPs enjoy working with others, their inclination is to take charge and they become frustrated if they feel boxed in by strict regulations and routines.

This personality type does best in roles that give them the freedom and flexibility to act on their ideas, come up with their own solutions and seek out new challenges. 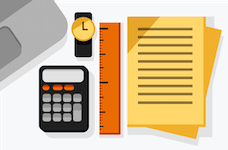 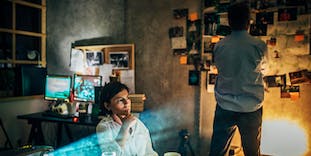 How to Become a Private Investigator