What Is a GUI and Why Is It Important?

What Is a GUI and Why Is It Important?

What Is a GUI?

A GUI – or Graphical User Interface – is how we generally interact with devices these days, through graphical representations of computer programming such as icons and cursors.

Rather than typing instructions to tell technology what you want, you simply click the relevant icon.

Through the 1960s and 1970s, various teams worked on developing the GUI concept, with the first computer with a GUI released in 1973 – the Xerox Alto.

But it was not until Apple released the Lisa computer a decade later, the first personal computer to have a GUI, followed by the Macintosh series, that GUIs truly became cemented as a computer staple.

We now use GUI technology every day without realizing it.

It has become ubiquitous, commonly found in computers, tablets, smartphones and interactive screens. It is now incredibly unusual to see personal technology without a GUI.

What Does a GUI Do?

In the past, a computer user had to type long commands to do anything. This command-line interface could be efficient and was definitely lightweight.

But the commands were often complex and difficult to remember, so weren't very user-friendly.

A GUI removes the need for long lengths of code to be inputted to achieve things.

By replacing this code with icons, users can quickly and easily accomplish their tasks.

Some early GUIs are often thought of with nostalgia and are considered almost classic – a popular example being ‘Clippy’, the Microsoft paperclip.

When interacting with a GUI, users simply use a mouse, or another pointer, to select the icons they require. This tells the technology what to do and initiates a series of processes.

The GUI translates these human-simple actions directly into machine language that the computer understands, via drivers.

For example, when you select the internet browser icon on your computer screen (for example, Google Chrome or Safari), this tells the technology to open the software.

If you then type something into the search engine, the GUI will translate your words into a language of code that your computer understands.

The GUI needs to be optimized for the hardware it is installed on and the forms of interaction with it (for example, clicking with a mouse or swiping with a finger), meaning new GUIs must be developed for new technologies.

A variety of programming languages can be used to create a GUI, some of the most common being: 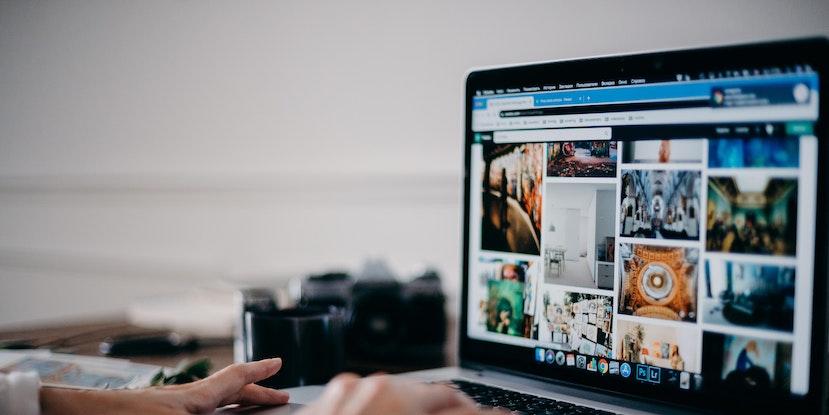 What Is a GUI and Why is it Important?

Why Are GUIs Important?

Since their creation, GUIs have fundamentally changed the way people use technology.

When computers first became accessible products for the public to have in their home, initiating programs and processes required a certain level of programming and coding knowledge.

This meant that the operating systems were relatively basic compared to those today.

Users were limited in what they could achieve in two ways:

The creation of GUIs has provided freedom and simplicity to technology users – complex tasks can now be achieved in a few clicks.

Nowadays, GUIs are commonly used without most of us even realizing.

They are there when you go to the ATM, whenever you open your phone, every time you use the self-service checkout at the supermarket and when you browse for gifts online.

All of these activities would be impossible for most of us if we needed to input complex code to tell the technology what we wanted.

GUIs have meant that computer systems, software and user interfaces have become accessible to everyone, no matter how much knowledge and experience individuals may have.

If a GUI is well designed, individuals can easily navigate a system they have never seen before.

For everyday users, GUIs offer a visually appealing and simple way of accessing technology. They can quickly and easily communicate with friends, purchase items, log in to online banking accounts and watch popular programs.

Although using a GUI is generally a positive thing, there are a few disadvantages to this type of system:

When GUIs were first created, they took some time to become popular. People thought that computers would only ever be used by experts who knew how to write in machine language.

Now, however, they have become an intrinsic part of our daily lives due to how easily accessible and user-friendly they are.

Many people come into contact with GUIs multiple times a day without even noticing it.

When it comes to business and creating user-friendly technologies, the value of GUIs should not be underestimated.

For much modern software, the GUI is often a deciding factor in the program’s popularity. A clunky, complex GUI on an improved piece of software may keep people using subpar software with a more intuitive GUI.

GUIs have transformed the way that people relate to technology and paved the way for the advent of smartphones, tablets and smart televisions.

All of this led to enormous growth in the technology sector; a sector that continues to develop with the needs of users. 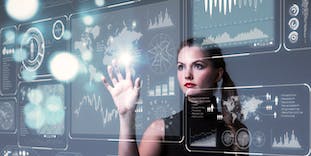 What Is a User Interface?

How to Code: A Beginner’s Guide

The Best Free Online Courses for Computer Programming and Coding 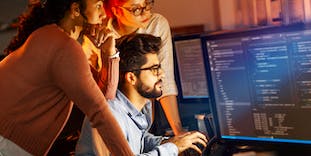