What Is an Autocracy?

In business, the share of power is determined by who is the most proficient and productive.

If we look at a Pareto distribution of power within a single corporation, we will usually see the most productive individuals at the top of the hierarchy.

An autocracy usually develops from these situations. The political and governmental examples of autocracy are somewhat ominous as they are often associated with dictatorial rule.

However, in business, autocratic rule is quite common, and can be an ideal situation for direction and profit.

To put it simply, autocracy is when one individual has the overruling say and control over fundamental functions and decisions.

In a boardroom, this may appear in the form of a company owner or an executive.

You may be surprised to learn that if you run your own small business and make the critical decisions, your position could be defined as autocratic.

The individual with the autocratic power may finalize corporate and business decisions, but they are most likely reliant upon the input of others.

A tight-knit support network and strong communication links are some of the structures an autocracy needs to keep itself in check.

Consultation and delegation are also common in business autocracies. Without debate and discussion, the executive board members may be reliant on instinct rather than rationale.

In this article, we will discuss the makeup of an autocratic leader and consider the advantages and disadvantages of the autocratic power structure.

We will also highlight what it takes to be a positive autocratic leader.

What Are the Traits of an Autocratic Leader?

When we think of an autocratic leader, the person who comes to mind may be authoritarian, demanding and, at times, arrogant.

These perceptions are the end products of wider personality traits. They are singular parts of a wider spectrum of an autocratic peson.

How they are managed and implemented in the workplace can determine how successful an autocratic leader is.

Having a passive manager is not only frustrating, but it can also mean that work doesn't get done on time.

An autocratic leader is assertive in their communication and their direction.

If you have an assertive manager, you don't need to ask for direction or what the next phase is. They will have already made that clear.

Assertiveness must not be mistaken for aggression. An aggressive person resorts to unrestrained emotion, whilst someone who is assertive can communicate without this.

Assertion is essential for an autocratic leader if they are to successfully communicate their plans and ideas.

An agreeable person is willing to compromise their own itinerary to suit somebody else's. They may not enjoy doing so, but their personality trait will incline them to submit to such requests.

In contrast, an autocratic leader is likely to be disagreeable, meaning they are not one for compromise.

They often rely on a form of dominance to prioritize their own preferences.

Disagreeableness allows an autocratic leader to override the decisions of others.

This approach communicates to colleagues that their plans will always be secondary to those of the autocratic individual.

Disagreeable people generally have a difficult time maintaining friendships due to their unrestrictive dominance. However, friendship is not their priority at work; they are all about getting the work done.

Autocratic individuals are some of the most hardworking people in the workplace. They view the completion of their work as an imperative.

Autocratic leaders can be found working long, unsociable hours, and they do not use excuses to get out of doing the work.

An autocratic leader can sometimes be harsh if you come to them with excuses, even if you feel the excuses are reasonable.

Their rationale is centered around work success and ensuring that everyone else follows the same logic.

Their position and stature are often their primary working principles.

The autocratic leader will have no issue with telling you this, and they expect you to understand.

The ethos of the autocratic individual is based on protecting their own principles and their working methods.

It is true that there is room in autocracies for discussion, but it must not interfere with the major principles at hand.

Someone who is not autocratically inclined may prioritize care and rest, whilst others may simply be in a job to cover financial responsibilities.

In contrast, the ethic of the autocrat is one of success and dominance.

Though an autocrat may demand the respect of their colleagues and board members, they have no concerns with earning it either.

The autocrat's tireless working patterns, their assertiveness and their willingness to commit to things that others prefer not to do can earn them respect.

They are usually confident with a strong sense of self that is communicated through their demeanor and actions.

Gaining the respect of an autocrat depends on how willing you are to commit to their plans and how much you fall in line with their working expectations.

Autocrats are not usually found with other autocrats because they are competitive and rely upon a degree of submissiveness from their subordinates.

Competitive autocrats are usually aware of each other's presence and will splinter into other working areas so that they can maintain an air of control.

Once you have gained the respect of an autocrat, you will be rewarded. They do not dish out respect lightly, so you'll notice if it happens to you.

Advantages and Disadvantages of Autocratic Leadership

Autocracy, like any other leadership style, has both benefits and challenges.

It is likely that you have come across autocratic individuals in the workplace, and you may even have these tendencies yourself. However, how you apply them determines how successful you are in the long run.

Unpleasant autocrats often display distinct personalities. They may be narcissistic or even show signs of aggression.

In these cases, an autocrat's relationship with their staff is negative and can be counterproductive.

Working with an autocrat who displays these behavioral traits can be demoralizing and uncomfortable.

To apply autocratic behavior as a successful leadership style, consider the following points.

How you maintain good relationships as an autocrat is entirely different from someone who is more democratic.

Firstly, you must come to terms with your style, and the fact that its application will be uncomfortable for many of your colleagues.

As an autocrat, you will learn to accept this and not take it too personally.

Because of your difficulties with social relationships in the workplace, you may be left to yourself at times.

Accepting you will not be invited to many social occasions may be painful, but you should remember the intended ends of an autocratic style.

Retaining a firm position in the workplace regarding your attitudes and principles will eventually earn you respect. Once this approach brings positive results, people are likely to respect you even more.

Explain your intentions clearly, and do not pander to other relationships in the workplace. This way, you can separate yourself to concentrate on achieving success.

If you are naturally inclined to display autocratic behavior, it is likely that you have a higher work rate than the people around you.

As already mentioned, autocrats are conscientious in their working methods.

In contrast, your work colleagues may not display the same drive, ability or passion to commit to the work.

A poor autocrat would lean towards punitive consequences.

Punishing your colleagues will only negatively affect your overall reception in the workplace.

It is better to try and maintain your composure when you believe that you are surrounded by incompetency.

Be fair in leadership and be respectful of the varying perspectives that exist in the workplace.

Offering help, whether willingly or otherwise, will grant you better co-operation, as will offering extensions on deadlines, supporting colleagues in difficult situations and better communication.

Naturally, you will not compromise your autocratic position, but ensure that you treat your staff fairly.

Lay out your expectations and set to achieve them first. Do not use your autocracy to chastise others if it is unnecessary.

Brutal honesty about your plans and projects may not win you many fans, but it does remind them of your approach. A poor autocrat does not accept they are one.

Making your autocratic approach clear to your colleagues is one way of expressing your intentions.

You do not have to be over-zealous or arrogant. Successful autocrats know their own dominant behaviors, and the best of them can communicate this calmly.

Clarity will also help you achieve the results you want. It is also a great way of signposting the importance of the work.

Likewise, you must clearly communicate your intentions in emails, board meetings and discussions.

For the autocrat to truly succeed and maintain leadership, they must deliver.

Any autocratic behavior without positive results may lead to a result as severe as dismissal.

There is only so much room in the workplace for a certain number of autocrats.

Following through with projects and plans and delivering top results will justify your autocratic leadership style.

It will also win you the trust and respect of other members of staff. With more respect comes better opportunities.

The autocratic leadership style is controversial, and even counterproductive if not used correctly.

Autocrats can be cold, punitive and disruptive to a good working environment.

However, if you display autocratic traits or know of colleagues who are unquestionably autocratic, you must learn how to harness and use that ability.

Setting out strong plans and making others aware of your intentions is the first step to becoming a successful autocratic leader. 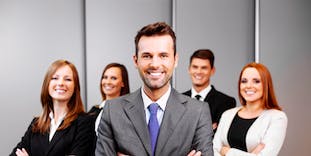 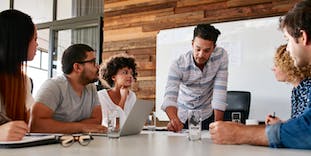 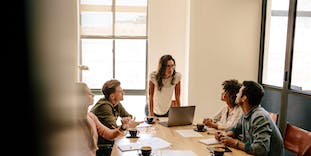 What Is Task-Oriented Leadership? 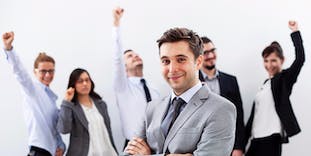 Referent Power and How to Use It in the Workplace 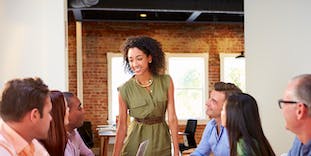 A Guide to Trait Theory of Leadership 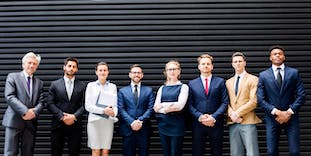