Forex is by far the largest trading market, available 24 hours five days a week. It is also the most volatile market and hence provides the opportunity for heftier profits.

A forex currency pair includes the US dollar and/or other global currencies.

The first currency in the pairing, for instance, the British pound in GBP/USD, is the base currency. The second currency, the US dollar in the above example, is known as the quote currency.

Generally, the base currency will be the trader’s domestic currency.

The price of a forex currency pair is an expression of how much of the quote currency is needed to buy one unit of the base currency.

For more information on investing in this market, read The Best Ways to Learn More About Forex Trading.

What Are the Types of Currency Pair That You Can Trade?

Forex currency pairs can be divided into the following categories:

Majors have the highest liquidity of the three types of currency pair; however, the fact that these currencies are generally easier to research means that trading majors can be a crowded and therefore competitive market.

Minors do not include the US dollar but do include one of the other major global currencies (for instance, the Euro).

They have a lower level of liquidity than majors and there is generally less available data on these currencies.

Trading minor currency pairs is therefore a less competitive market which traders may be able to take advantage of.

Crosses are any currency pairing that does not include the US dollar.

How is this different from a minor?

A minor must include one of the major currencies (for instance, the Euro), whereas a cross is made up of any non-US dollar currency.

Therefore, a minor is a type of cross.

For more on this topic, read What Are the Benefits of Forex Trading?

What Makes a Good Currency Pair?

What factors should you consider when deciding which forex currency pair to choose?

What Time of Day Will You Trade?

Will you trade during the day or at night? This might not seem a relevant question until you consider the route of the trading day:

This means that not all of these trading areas will be open continually or at the same time.

For instance, if you are a night trader in the US, the Middle East and Europe/London may be closed and therefore your only option is the US and Asia.

The time of day when you trade will decide which currency markets are available to you.

The exception to this rule is the trader who seeks to take advantage of the erratic performance of less liquid currency pairs. This method is called scalping and involves taking small profits several times throughout the day.

For more on this topic, read Forex Scalping: A Strategy Guide.

As mentioned in the previous section, majors have the highest liquidity, followed by minors and crosses.

The price stability of a currency is intrinsically linked to the economic health of the nation or nations connected to that currency.

For instance, the US to the US dollar or the UK to the British pound.

When considering which currency pair to choose, you should factor in the likely economic scenario of those countries.

In other words, how much historical information is available on a currency.

The benefit of trading major currency pairs or pairs involving any major global currency is the vast amount of data available to judge how a currency is likely to perform.

Lesser global currencies, and especially currencies that are newer to the forex market, will carry less historical data and their performance will therefore be more difficult to predict.

Now that you know the factors that may affect your choice of forex currency pair, why not read Planning a Successful Long-Term Forex Strategy? 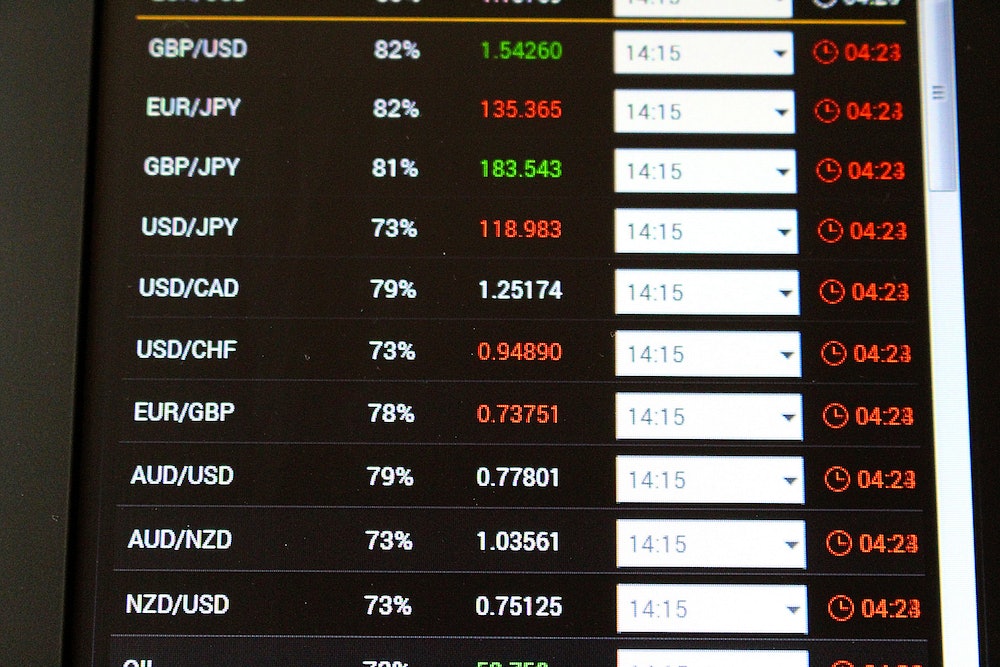 Of the many currency combinations that you can choose from, the following are the top 10 forex currency pairs:

The Euro and the US dollar represent our two major economies globally, and as such, this is the most-often traded currency pair.

This major pair is highly liquid, and the linked exchange rate is reliant on the European Central Bank, the US Federal Reserve interest rates and NFP (non-farm payroll) announcements.

This major pair is made up of the British pound and the US dollar and consequently relies on how well the British and American economies are faring.

The linked exchange rate for this pair is reliant on interest rates set by the Bank of England and the US Federal Reserve.

One additional factor to monitor concerning this pair is the UK’s departure from the EU.

Made up of the US dollar and the Japanese yen, this major pair has high liquidity.

The exchange rate for this pair relies on interest rates set by the US Federal Reserve and the Bank of Japan. Other factors include the regularity of natural disasters in Japan.

Another major, this pair is made up of the Australian dollar and the US dollar.

Factors that affect this pair include the value of commodities exported by Australia such as iron ore, gold and coal, and the interest rates set by the Reserve Bank of Australia and the US Federal Reserve.

This is a minor pair because it does not include the US dollar. It is made up of the Euro and the British pound.

The close link, geographically and due to strong trade arrangements between Europe and the UK, makes this a difficult pair to predict.

The run up to the UK’s departure from the EU has caused a highly volatile price for EUR/GBP.

Further factors to monitor include interest rates set by the Bank of England and the European Central Bank.

This major pair includes the US dollar and the Canadian dollar.

One factor to monitor for this pair is Canada’s reliance on the price of oil, its main export.

As the price of oil rises, so too does the value of the Canadian dollar.

This major pair, made up of the US dollar and the Swiss franc, is generally seen as a safe investment during times of economic and political turmoil.

This minor pair includes the New Zealand dollar and the Swiss franc.

The price of this pair is also influenced by the Reserve Bank of New Zealand.

This major pair is made up of the US dollar and the Chinese renminbi or yuan.

CNY, however, refers to the trading of this currency in the onshore Chinese trading market. When the Chinese renminbi or yuan is traded offshore, it is referred to as CNH.

The leading factor to monitor when investing in this pair is the US-China trade war.

Historically, the value of the CNY has dropped against the US dollar due to the efforts of the Chinese government to drive down the price of their exports.

This major pair, made up of the US dollar and the Hong Kong dollar, features a linked exchange rate that allows the HKD to move within a band of HK$7.75/7.85 to one US dollar.

One recent and important factor to monitor in relation to this pair is the ongoing situation in Hong Kong following the protests there in 2019.

The best forex pairs for you to trade will depend on many factors:

Trading forex pairs carries the opportunity to make a healthy profit, but it requires patience and regular research.

If you want to discover how three successful Forex traders made it big, read our article Can You Get Rich Trading Forex?.

WikiJob does not provide tax, investment, or financial services and advice. The information is being presented without consideration of the investment objectives, risk tolerance, or financial circumstances of any specific investor and might not be suitable for all investors. Past performance is not indicative of future results. Investing involves risk including the possible loss of principal.

The Best Brokers for Trading EUR/GBP
How to Become a Successful Part-Time Forex Trader
Are Forex Robots Legal and Legit?
How to Automate Your Trading With Forex Robots
What Is Leverage in Forex Trading?
Planning a Successful Long-Term Forex Strategy
Forex Automated Trading Strategies
The Best Ways to Learn More About Forex Trading