If you have been asked to complete a screening test after applying for a new job, you may be wondering what to expect.

The SHL General Ability Test is among the most popular assessments that are used by recruiters who are looking to match the correct candidates to specific roles.

It is a cognitive test that comes in two formats.

SHL tests assess a candidate’s critical thinking and reasoning skills, as well as their ability to apply logic and process and interpret information and data.

Here, you will learn about the test in more detail, as well as how you can prepare yourself so you can perform at your best and what SHL test scores mean for you and your career.

What Is the SHL General Ability Test?

SHL tests are routinely used during the hiring process by companies across many different industries.

There is also a very basic SHL test, known as the General Ability Screen, which is usually reserved for entry-level jobs. This is only a brief 10-minute test.

Once SHL Tests are completed, scores are compared against norm groups. These norm or comparison groups are made up of others who have taken the test in the past who have a similar profile to the test taker.

The test results allow recruiters to select candidates who show an aptitude in key areas that are required for the job that is being advertised. This helps them to identify the people they should progress onto the next stage of the hiring process.

There are two versions of the test, which are the:

The interactive test allows the user to interact with the questions on the screen by connecting dots or dragging and dropping answers. It has 24 questions.

The multiple-choice test is an adaptive test. This means that the test becomes harder when questions are answered correctly and easier when incorrect answers are selected. The number of questions on the test may vary, but it is usually around 30.

Both the interactive and multiple-choice SHL General Ability Tests have a time limit of 36 minutes.

Here, you have to solve mathematical problems that might include analyzing graphs, tables and other data sets.

Reasonably simple math is required; you may need to work out ratios, find the average, calculate the percentage or find the sum/total number of something.

Calculators are not always allowed, so it is best to check the details on your test invitation email prior to taking the test.

1. Above is a table detailing the amount of time and money spent on online shopping by regular visitors to a particular website in one month.

What is the average amount of money spent on the website by shoppers A, C and D to the nearest £?

This section assesses spatial and nonverbal skills. These questions do not require any reading or verbal skills; they rely on the candidate’s ability to find patterns and complete the sequence.

They are very similar to the nonverbal reasoning questions that are found on standard IQ tests.

To answer these types of questions correctly, you need to be able to see how shapes or icons are changing in a sequence, so you can predict which one completes the pattern.

These questions can be complex and require attention to detail. It might not be immediately obvious how a picture is different from one to the next, and there may be multiple changes being made.

You are required to decipher what is changing, how it is changing and what will logically happen next following the pattern you have identified.

This area of the test measures logic and deductive reasoning skills. For example, based on a set of statements, can you deduce which outcomes are true or false.

1. Bob is older than Bella. Bella is younger than Haydn. Haydn was born the day after Stephanie.

Which of these statements are not true?

How Is the SHL General Ability Test Scored?

You will generally be able to access your score report soon after you have taken the test. You will be able to view both the number of correct answers you gave out of the total number of questions and your score as a percentage.

You can also see a breakdown of how you performed on each of the three skill areas.

Points are earned for each correct answer and nothing is deducted for skipped questions or incorrect answers.

Scores are also compared against other test takers. You will usually require a score within the 80th percentile to pass the test. This means that you need to have scored higher than at least 80% of your comparison group.

Your comparison group is made up of individuals who have taken the SHL Test in the past who have a profile similar to the job you are applying for.

Different companies may have varying expectations of candidates, so this should only be referred to as a general guide only.

How to Prepare for the SHL Test

To give you the best chance of passing the SHL General abilities test you should:

Step 1. Know Which Test You Have Been Asked to Take

The way questions are presented on SHL Tests can be complicated, and questions often contain a number of ‘distractors’ that forces you to concentrate even harder to extract the correct information.

Keep in mind that, on the multiple choice version of the test, there is only one correct answer (usually from five possible options) and no trick questions – the answer is always there.

Read both the question and answer carefully. Missing one simple word such as not can significantly change the outcome of your answer; for example, which statement is not true could easily be read as which statement is true if you are not concentrating, leading to the incorrect answer being selected.

Practice tests are widely available online. It is important to get familiar with the types of questions on the tests and the ways that they are presented.

The calculations and deductions required are not always complicated, but the way the questions present them can make them appear overly complex.

By taking time to do some free tests online, or purchase an in-depth test pack, you will be able to get used to the style of the SHL General Ability Test. This should mean there is less chance of you feeling overwhelmed or panicked on test day.

If you opt for purchasing exam prep content, you will usually benefit from in-depth explanations as to why a specific answer is correct.

The wording on the test will be unfamiliar to some, so if you are struggling with understanding what some of the questions actually require from you, then you may benefit from reading some answer explanations.

Step 4. Identify Your Strengths and Weaknesses

As you practice for the SHL General Ability Test, you should take notice of which parts of the test you find most challenging.

When practicing for any examination, it is important to focus on your weakest areas, rather than concentrating on the parts that you enjoy or find easier.

Step 5. Learn to Manage Your Time

Both the interactive and multiple choice tests have a 36-minute limit. You need to use your time wisely and answer as many questions correctly as possible during this short time.

When you are practicing tests at home, try to do so under timed conditions, at least some of the time. Learning to manage your time well on the test should get easier with practice.

Points are not deducted for incorrect answers. With this in mind, you need to decide how you should best navigate the test, keeping in mind your own learning style, whether this means skipping over some questions or making guesses if time begins to run out.

Practice some questions to get used to the test format and make sure that you are reading all the information and questions carefully.

Learn how to manage your time well and make sure you feel well prepared and calm on test day.

The SHL General Ability Test is used as a screening test when you apply to some jobs. It is often used in the preliminary stages of the hiring process for entry level to middle management positions in a company.

To solve the SHL General Ability Test, you need to be good at spotting patterns and sequences as well as thinking logically.

To pass the assessment, you usually require a score in the 80th percentile (higher than at least 80% of your comparison group), but this might vary, as employers have different expectations of candidates.

It is always beneficial for businesses to find candidates with the right aptitudes and attributes for their job vacancies. This can help to improve productivity, workplace cohesion and staff retention.

The SHL General Ability Test functions, in part, to match suitable people to the correct positions in the workplace.

SHL offers a variety of tests that are compatible with different job levels (from entry-level positions upwards).

If you receive an invitation to take a screening after applying for a job, it is important to take the time to prepare for the SHL General Ability Test. This will give you the best chance of performing at your best on test day. 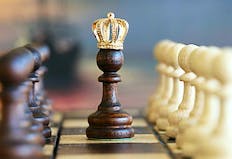