Trading Tips for the FTSE 100

Trading Tips for the FTSE 100

The index first appeared in January 1984 and had a start value of 1,000. With various mergers, take-overs and folded companies, the list has changed completely.

The companies that feature on this index are often referred to as blue chip and are reviewed every quarter.

The FTSE 100 is used as an indication of economic health in the UK. As the index also features international companies, it can also be used to indicate a healthy global economy.

Whether they know it or not, the strength of the FTSE 100 is crucial to every person with a UK pension. Banks will likely invest part of your pension into FTSE 100 shares.

If the index crashes, you will lose whatever was invested the same way as if you had invested yourself.

The FTSE 250 is an index of the 250 companies following the FTSE 100. This list features more domestic companies rather than those established internationally.

The FTSE 350 is a combination of both indices.

What Are FTSE 100 Companies?

The FTSE 100 index is open to any company, regardless of the industry. As such, the list features companies from:

The FTSE 100 is measured by market capitalization (market cap), which is another phrase for the market value.

The market cap is found by multiplying the current share price by the number of issued shares, then multiplying that number by the free-float factor.

The free-float factor is the number of shares available at the time of calculation.

These companies may feature on multiple indices, but they are all separate entities when it comes to their share prices.

As such, the value of an index rises and falls when the companies it features do.

As share prices continuously fluctuate, the companies with the most significant effect on an index are those with the biggest weight.

If HSBC were to see a slight fall in share prices and Ocado, an online food delivery service, were to see a considerable rise in share prices, the fall in the HSCB market cap will have a greater impact on the index because its value (weight) is bigger. The value of the FTSE 100 would therefore fall, rather than rise.

Rises and falls are sometimes referred to as points. At the end of the trading day, the FTSE 100 may have, for example, risen 0.8 points.

What Moves the FTSE 100 Market Price?

Share prices are always rising and falling because they are affected by many factors:

1. Decide if You Want to Trade or Invest

Trading or investing depends on your financial goals, risk tolerance and personal preference.

Spread betting is a technique to speculate if a market will go up (long) or down (short). You set a time limit on your investment and cash out when that time has expired.

CFDs allow you to participate in the index without owning the physical stock. It simply matches the value of a stock.

Investing means you either buy the stock outright or purchase an ETF (exchange-traded fund), which is a collection of securities featured on the FTSE 100.

The advantages of trading are:

The advantages of investing are:

The disadvantage of investing is that you need to have the entire fee available at the time of purchase.

2. Decide What Type of Trader You Want to Be

The four different trading styles detail how often you make a trade and how long you keep it.

Ask yourself the following quesitons:

Create a trading plan just as you would a study schedule. Detail every aspect, so you know exactly what you are doing.

Even if you plan on trading casually, it is still your money you are risking.

4. Have a Solid Risk Management Plan

Most trading platforms have risk management tools such as stop-loss orders and limit orders.

Ensure you take advantage of all the risk management tools available.

You should also be fully aware of where all your money is going. Are there any hidden fees? What happens if your trade does not work out?

Before making any trade or investment, calculate the reward and risk ratio. The best ratio is 2:1. Never make a move on anything less than 1:1.

5. Study All the Charts

Price action charts will indicate how a market may behave on the day. But daily and weekly charts will give you a feel for a market’s behaviour over the long-term.

You should also consider the FTSE intraday timeframe chart, which both professionals and beginners use.

The chart allows you to place resistance and support lines so you can see any patterns that support your strategy.

6. Use Technical Analysis to Find Signals and Indicators

Study all the technical analysis tools available to you to identify any signals and indicators. Your signals highlight any trends the FTSE 100 might be in, such as momentum and reversal.

Your indicators confirm if these signals are legitimate. They include:

You can also set alerts related to specific criteria, so you will only be alerted once all the requirements have been met.

Keeping up to date with economic events and the daily news releases from FTSE companies will help you understand the market better and prepare you for any market changes.

Regardless of the style, type or index, trading and investing follows the same rules: 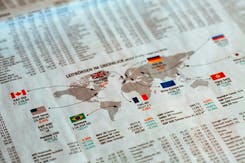 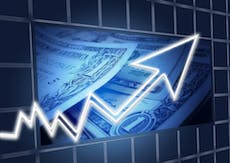