What Is a Mensa Norway IQ Test?

Mensa is an international society for individuals with a high IQ.

Mensa tests are used to assess intelligence, and if you score in the 98th percentile or above on a standardized, supervised Mensa IQ test or an approved professional intelligence test, you qualify to join the organization.

Unofficial IQ tests have long been taken as barometers of intelligence, and there are many different IQ tests available online.

The Mensa Norway IQ test is one of the most popular and gives an indication of general cognitive abilities.

It can be taken online by anyone who wishes to complete it.

As your score cannot be verified, however, the test provides only an indication of how you may perform in an official IQ test and does not generate a Mensa IQ score.

Although taking the Mensa Norway IQ test online will not qualify you for Mensa membership, sitting the test is a good way to practice for a supervised Mensa IQ test.

As many people are intrigued by their IQ, the Mensa Norway IQ test can also be used as a fun way of putting your abstract reasoning skills to the test.

What Is Included in the Mensa Norway IQ Test?

The Mensa Norway IQ test is designed to assess your cognitive capacity through measuring your inductive, deductive, and spatial reasoning skills.

The test is composed of purely visual reasoning problems, so there are no verbal or linguistic reasoning questions.

No specialized knowledge or mathematical skills are required.

The test presents 35 questions, which must be answered within 25 minutes.

These questions are not split into sections, so questions assessing different reasoning styles appear in a random order.

As you advance through the test, the questions become progressively more difficult.

All answers carry the same weighting, so each question is equally as important to your overall score.

You will need to complete the test at a steady pace; however, avoid rushing as this will result in unnecessary mistakes.

The time you take to complete the test does not impact your score, so use the full 25-minute time allowance.

If you finish early, take the opportunity to check through your responses.

The Mensa Norway IQ test is not negatively marked so, if you are unsure about a question, take your best guess.

How Does the Mensa Norway Test Differ From the Official Mensa Supervised Assessment?

A score that ranks in the top 2% of the population in either test makes you eligible for Mensa membership.

The Cattell III B test focuses upon verbal reasoning, whilst the Cattell Culture Fair III A test contains only visual questions involving images and diagrams.

The Culture Fair test is designed to level the playing field for non-native English speakers and those with dyslexia.

The Mensa Norway IQ test stands alone and features only the spatial reasoning style of IQ testing (as found in the Culture Fair test).

What Is a Good Score on the Mensa Norway IQ Test?

The Mensa Norway Test doesn’t result in an equivalent Mensa IQ score but gives a good indication of your IQ level.

Once you’ve completed the test, it generates a score of between 85 and 145.

A score of 100 represents the population average.

How Can I Practice for the Mensa Norway IQ Test?

Spatial reasoning and pattern recognition are not skills we are actively aware of using in daily life, despite the fact our brains are constantly employing them to make sense of objects and situations.

You may, therefore, wish to invest time in some conscious practice before sitting a Mensa Norway IQ test.

As the test is unofficial, however, the Mensa Norway test can be treated as practice in itself. It should, though, only form part of your preparation alongside the other actions and tips we’ll discuss below.

The questions on the test involve a series of block shapes, outlines, symbols, lines and dots, often arranged into more complex figures with multiple features.

These are presented in a three-by-three square grid of nine boxes.

Each box that contains a figure is referred to as a pattern unit.

In each question, you’ll be presented with a sequence composed of eight pattern units and asked to indicate which is the correct figure to complete the sequence.

To work out which is correct, you’ll need to deduce the pattern rule, which governs the movement and appearance of the figures in the sequence.

What Is a Mensa Norway IQ Test and How Do You Take It?

The time pressure of the test may seem daunting, but there are some key techniques that can help with answering pattern-recognition questions.

To quickly analyze the sequence presented in a question, look out for the following.

Repetitions Across Rows and/or Columns

Looking for these repetitions will help you to deduce whether the rule or rules being followed are influenced by the positioning of the figures in the grid.

From this, you’ll be able to eliminate answers that do not fit the pattern. In more complex questions, there will be elements of the pattern that change according to both column and row.

Isolate the Different Components of the Pattern Units

Each pattern unit will likely be made up of multiple shapes, lines, dots and colors (black and white).

When analyzing the sequence, isolating the different aspects can help you to identify patterns.

For example, look for changes or commonalities across the central symbol in the pattern unit or across peripheral features such as shape outlines.

You can use divergences in these isolated features to eliminate possible answers.

Remember to Look For Repetitions Across the Diagonals

Repetitions that are key to the pattern rule may not be present when looking across the horizontal or vertical rows, but they may become clear when looking at the diagonal rows. Don’t forget to look for these!

Also, note that, in more complex questions, there may be different patterns occurring across the diagonals in both directions (from top right to bottom left, as well as from top left to bottom right).

The pattern rule may involve rotation of the pattern unit (or an element of it).

Look out for the rotation of shapes and figures across the rows or columns.

Be aware that in some of the more complex questions, the degree and/or direction of rotation could differ across the rows and columns.

As you work across the rows and columns searching for logic rules, look for any additional features that are appearing (or disappearing) in the pattern unit. For example, the addition of a black square in each box or the removal of a grey dot.

Note that these additions may be obscured by rotations of the pattern unit and may make the contents look like an entirely new figure, so you’ll need to consider the multiple shifts at play!

How to Prepare for the Mensa Norway IQ Test

Step 1. Practice With Mensa’s Own Puzzles and Online Workouts

The Mensa website features a large selection of self-paced brain-teaser questions and an online workout, which presents 18 questions to be answered within a 15-minute time limit.

The questions cover both spatial and verbal reasoning.

Learning and applying these helps to improve abstract reasoning and pattern recognition.

Observe nature (and man-made structures) in your daily life.

Nature creates many incredibly complex patterns, for example, in leaves, frost and seashells.

Look at things from different perspectives or step back and view things as part of a bigger picture to see what patterns emerge.

By keeping an eye out for natural patterns all around you when you’re taking time to relax and recharge, you can strengthen your pattern-recognition skills in an engaging way that requires low commitment.

To improve your ability to decipher patterns, start playing games that involve pattern and strategy analysis.

Chess, for example, is a great way to get your brain thinking spatially. Mah-jongg employs analysis skills around shapes and symbols, and Scrabble or word searches do the same with letters.

Simple games such as ‘spot the difference’ or ‘find the hidden object’ are also beneficial for honing your ability to rapidly spot pattern characteristics.

Once you’ve worked through the Mensa resources, there are many other pattern-recognition practice questions available online.

It’s important to practice questions in a similar style to the Mensa Norway IQ questions to familiarize yourself with their demands and expectations.

Abstract reasoning, spatial reasoning and logical reasoning tests are timed and use many of the same skills, so are useful for practice.

It's important to get used to completing pattern-recognition questions at a steady pace, as the Mensa Norway IQ test is a timed assessment.

Time yourself when completing different puzzles, games or practice questions.

You’ll need to work both quickly and accurately when completing an IQ test.

For the Mensa Norway IQ test, you’ll need a pace of around 40 seconds per question to complete all 35 questions.

The Mensa Norway IQ test is an unofficial IQ test, useful for practicing for a supervised Mensa test or just to satisfy general curiosity around your IQ.

Your score for the test is not recorded or received by Mensa, so it is a low-stakes practice option featuring similar questions to the official test.

If you are thinking about taking a test for Mensa membership, the more practice IQ tests you complete, the greater your chances of performing well in the approved, supervised assessment.

Exploring your IQ can be a good confidence boost but remember that an IQ score is only one measure of intelligence.

IQ indicates the potential to absorb and process information.

It is worth noting that, although impressive, without the practical skills to apply intelligence in real-world practical scenarios, a high IQ score alone does not carry a great amount of weight in the working world. 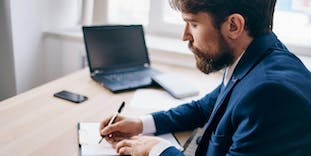 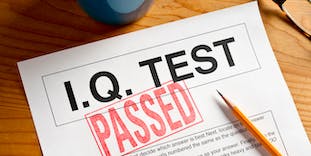 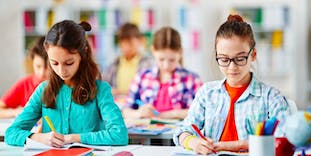