The first-year modules of an undergraduate course are designed to introduce you to university-level study and prepare you for more complex content in your second and third years.

While you may have needed to pass all level-one modules to continue with your course – the mark needed to progress differs according to university and course type – your first-year modules did not count towards your overall degree classification.

But now you have completed level one, what about your second university year?

How much does your second year count towards your overall degree grade?

In this article, we explore how university degrees are graded and how much your second year may be worth, alongside some top tips to improve your second-year performance and guidance on how you can easily calculate your weighted average grade.

With this knowledge, you can work through your second university year continually informed and on track to secure your target degree.

Does the Second Year of University Count?

Degree classifications are calculated using the results taken from all modules taken in your second and third years at university (level two and level three modules).

So, unlike in your first year, the marks you achieve in your second-year assignments and exams do count towards your final degree classification.

If you are taking a four-year course, your level two, three and four modules will determine your overall grade.

It is, however, common for universities to assign a different weighting to your second and third year.

This means that your third-year marks will make a larger contribution to your final grade.

The most common ratio is a weighting of 1:2, but this can vary depending upon your course and university. Some employ a split of 40% for the second year and 60% for the third.

In the 1:2 weighting ratio, your second-year marks account for one third of your final grade, while your third-year marks contribute two thirds.

While this means that your second year of university counts less towards your degree classification than the third, a good score in your second year will give you the best possible chance of achieving the degree you desire.

If you miss your target grade for your second year, don’t be disheartened. As long as your score is still competitive, with dedication and focus you should still be able to secure a 2:1 or first degree overall, due to the weighting of level three modules.

A high second year score can, however, take some of the pressure off your third year and create a buffer against any unexpectedly lost marks.

Your university degree is made up of separate modules, which have a certain number of credits attached depending upon the module length and workload.

The overall mark you receive each year, and the final classification of your degree, is impacted by these credits – as they indicate the weighting of each module.

For example, you might achieve a personally disappointing score on a module worth 15 credits, but a high score of 67 on a module worth 30 credits. The higher the number of credits the module is worth, the higher its weighting and the more influence it has upon your final grade.

Credits are earned through coursework assignments and examinations. An exam may represent 100% of the credits for a module or could equate to a smaller proportion, say 75%, with coursework making up the other 25% of credits.

To achieve a 2:1 degree, the majority of your credits will need to represent a pass mark of above 60%.

As mentioned above, years two and three of university are weighted differently, contributing to the overall average grade in different percentages. As such, your final degree classification is reached using two calculations based on weighted module scores.

The first calculation used is the weighted average of your grades, while the second considers their distribution across levels two and three (perhaps also level four if you are taking a four-year degree).

This is because all grades need to be weighted according to both the number of credits assigned to the module, and the percentage grade contribution of the year in which they were taken.

If your final average mark is borderline and falls between classification boundaries, your case will be reviewed and your grade assigned according to the average weighted grade of the modules you studied during your final year.

In the UK, undergraduate university degrees fall into five categories:

Work at a university level is a significant step up from A-levels and, as such, a lower percentage is equivalent to a higher grade.

For example, a score of 65% in an assignment indicates a solid performance and, if sustained, represents a very respectable 2:1 degree.

The percentage grade average needed to achieve each degree classification is as follows:

Most companies now seek graduates with a minimum of a 2:1 degree.

Calculating the marks you need to achieve early on and tracking your progress as you work through your degree is a sensible idea to help you stay on target.

How to Calculate Your Degree Classification in Your Second Year

To calculate your grade average and predicted degree classification in second year, you will need to track your grades.

List out your modules, the number of credits they are worth and the mode of assessment for each, including the percentage of the overall module mark each assessment equates to.

As you get your marks for each assignment or exam back, record these in the table.

You can calculate your average score (from your completed modules) by:

The GradeHub calculator is a useful tool for calculating your average for the year quickly and easily. It also helps you to calculate the marks required on any outstanding exams or assessments to meet your grade target.

To be sure about your predicted degree classification calculation and for any additional help, ask your personal tutor – or favourite course tutor – for guidance.

They will be able to help you to double-check your year weightings, assessment weightings and credits.

Why Might Students Find the Second Year of University Difficult?

Many students find themselves struggling with the transition into second year at university. The workload can increase substantially, and subject matter often becomes more advanced.

As you have now settled into study, university life has less of a social focus and indeed fewer hours to devote to extracurricular activities or informal socialising.

Attention in second year pivots to completing the readings and tasks for each week, attending your lectures, seminars and tutorials, and putting in extra effort to score well on ongoing assignments.

As discussed, as the second year of university counts towards your final degree, the pressure of the workload can begin to feel overwhelming.

The shift in approach from learning to accrue knowledge and become accustomed to academia, to one that is achievement driven, can lead students to feel disenchanted or even disengaged with their subject.

Exploring the weighting of your modules and calculating the mark you need in each to secure your target degree classification may well help to take some of the pressure off, as you will understand exactly what is required.

There is also likely more scope for minor error than you had imagined.

If you are struggling with your second year or having trouble adjusting, seek help from the pastoral care offered by your university. If aware of any issues, your personal tutor will be able to support both your personal and academic development.

How Can You Improve Your Chances of Scoring Well in Your Second Year?

If, based on the results of your first year, you are worried about your performance going into your second year, remember that it isn’t too late to make a fresh start.

Changing your attitude to study, the way you approach course readings and how you attend seminars can transform your experience and your results.

Here are a few tips on how to improve your performance during your second year of university:

Although not as heavily weighted as the final year, your second year at university counts towards your final degree classification.

A strong score in your second year will help your chances of achieving the degree you are aiming for, so it is worth putting in the effort early on.

To focus your mind on the task ahead, calculate your current grade average and the marks you will need to score in your forthcoming assessments to secure your target 2:1 or first degree.

With this knowledge, you can set or adjust your grade targets and tailor your revision time effectively, helping ensure your success.

10 Ways to Manage Stress in the Workplace 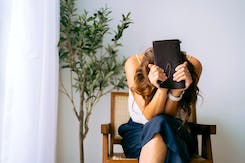 What Is Work Burnout?

How to Write a Graduate CV (with Examples)

How to Get a Training Contract With a 2.2 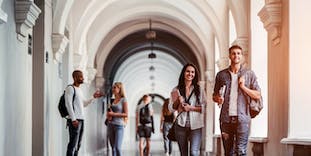 Or explore the Features / Universities sections.