As we become a society more concerned with wellness , people turn to astrology to better understand themselves and their moods.

This, along with the fact that trading and investing are now more accessible, suggests that future traders could incorporate astro-economics into their trading strategy.

What Is Financial Astrology?

For those who believe, astrology has played an important role in predicting key events throughout history.

Almost every race and culture has looked to the skies, from the Egyptians in the first century to American bankers in the 20th.

In today's culture, astrology is associated more with the horoscope section found in women's interest magazines.

However, the study of the skies goes far beyond that; it is a complex and deep topic with many disciplines and variations.

To understand financial astrology, you need an in-depth knowledge of:

That information is then combined and analyzed by professional astrologers to determine:

How Reliable Is Financial Astrology?

Professional astrologers compile and compare various tools and charts to predict how a market may react in a given period – be that a day, week, month or decade.

To fully understand how to make predictions, you need an in-depth knowledge of celestial bodies and how past predictions unfolded.

While the topic of reliability is an ongoing debate, some famous bankers did believe in the craft.

Morgan also had the ceiling of the library he built (Morgan Library and Museum) painted with the constellations so he could walk under his lucky stars every day.

More presently, Goldman Sachs alleged that there was a direct correlation between the 1999 markets and eclipses.

In 2010, RBS published a report citing the financial effects of the moon's phases.

It is important to note that financial astrology does not tell you how much to trade and what strategy to use. It merely suggests the behavior of a market or person.

As such, it should be used as a tool alongside other scientific tools to form a more holistic approach to trading.

Examples of Financial Astrology in Use

Believing in astrology is a personal choice. While some events have happened during certain alignments, there is still always the argument that it is all coincidence.

It is for you to decide when coincidence becomes too much to ignore.

Some examples of events believed to be triggered by celestial alignments are:

Going further, Pluto is believed to be the planet of rebirth and transformation, so when it enters a sign, it tears down old structures, creates chaos and paves the way for a new system.

During the 2008 financial crisis, Pluto entered Capricorn. Capricorn is the sign of banks, the economy and the government.

Pluto was also in Capricorn at the start of the American Revolution.

So while an argument can be made for the reliability of the skies, it could also just be because a group of bankers sold fake mortgages.

How Do I Use Financial Astrology for Trading?

As mentioned earlier, financial astrology should be used as a complementary analysis tool and used alongside conventional trading tools.

For those wanting to incorporate astrology into their trading strategy, there are three ways to do so.

These methods can be used together or independently, depending on your goals :

Knowing when these alignments are due to happen and if the effects are positive or negative could help you decide on a course of action.

Throughout history, we have seen Pluto cause havoc on traditional markets, leading to new profitable markets – in 2020, online services and retailers saw a rise, while hotels and airlines took a hit. This tells you that you should research new technologies and industries that have the potential to flourish.

Examples of planetary movements and the effects are:

Understanding the movements and what each planet, sign and house represents will add depth to the scientific data.

You can create a horoscope chart for every business, person, market, stock and country so long as you have the start date and location.

As these charts can get complicated, it is best to have a professional set them up. They involve finding and interpreting the aspect (location), house, zodiac sign and planet in many different ways (rising sign, setting sign, for example).

Once you have a complete chart, you will see the subject's traits and behaviors.

Combined with scientific data, you should be able to see the best time to trade clearly.

Similar to the charts above, a personal natal chart is an in-depth analysis of yourself.

Understanding how the constellations affect you will help you understand how you react to breaking news, what type of person and businessperson you are and when the stars will align in your favor.

A natal chart will also tell you when to avoid making decisions. Many people are affected by Mercury in retrograde. They find that things often go wrong during this time, and they can't seem to think straight. As such, this is not a good time to make substantial financial decisions.

A Google search and some research will teach you how to use these three methods yourself. For more accurate and in-depth results, it is always better to find a professional to set them up and explain the possible outcomes.

You don't want to misinterpret something and make a costly error.

Can I Use Financial Astrology to Predict Market Changes? 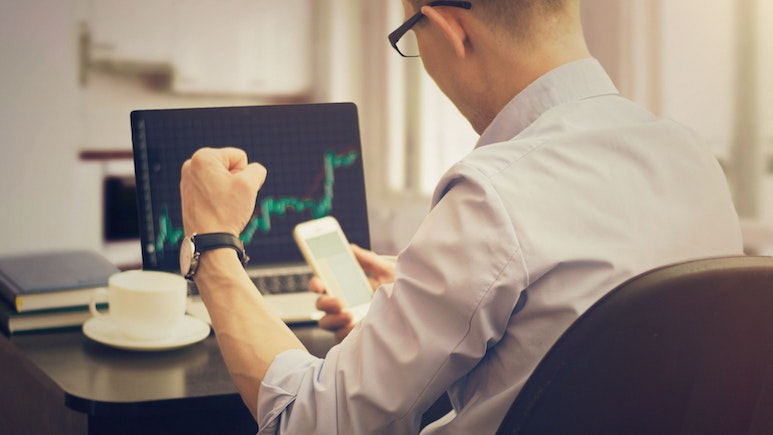 A logical approach would be to incorporate all the data – both astrological and scientific – to create a complete picture of events.

If the figures show that a price will fall and the planets suggest something bad is about to happen, then make a decision that supports that, either selling the security or keeping it.

If the figures show that everything is moving in the direction you want it to, but the company's ruling planet is going into retrograde, then you need to decide which data you support the most.

There is no definitive handbook for astrology, and some elements can be interpreted differently depending on your culture or religion.

If you want to incorporate astro-economics into your strategy, it is recommended you use two or three different reputable astrologers. This ensures you get the most accurate data.

Trading Styles for the Zodiacs

Each zodiac comes with a set of personality traits that may influence the way you trade and invest.

Represented by a ram, Aries show strength and leadership. They love to be number one and often dive headfirst into situations.

They are highly impulsive but usually make the correct assumptions.

As the first sign of the zodiac, it is only natural that they lead the stock exchange.

Their animal is a bull, so it is only natural they prefer to bet bullish. However, even in a bear market, they can find a bull.

Taurus take care of their possessions and have good money management. They are also good at sticking to their trading strategy .

Headstrong and dependable, Taurus are drawn to social trading and platforms as they can share their advice and support others.

As the symbol of twins, Gemini favor binary stock options.

They are observant, intuitive and sometimes without direction. As they have many interests, Gemini will probably have more than one trading account and a very diverse portfolio.

Cancer is represented by a crab. As a result, it balances their emotions and material needs better than the other 11 signs.

They are believed to have almost psychic abilities and are rarely wrong. Cancers are natural nurturers, so their trading style is to bet long. They prefer to keep their trades and let them develop.

This sign's trading downfall is that while they do have good instincts, they sometimes overreact to breaking news. This forces them to make decisions that could cost money in the long term.

Represented by a lion, Leos are aggressive and fierce. They prefer not to rely on others but enjoy sharing their wisdom.

Leos are more likely to thrive when using trading bots or signal service providers. They live for the moment and never force a trade.

However, as self-assured as they are, a Leo’s downfall could be their desire to win. A trading Leo should write down their long-term goals and remember that is what counts.

Depending on what you are reading, Virgo is represented by a virgin or a goddess of agriculture.

The virgin is innocent, a perfectionist and can often overreact to news (though that reaction is usually correct).

The goddess is logical, practical and systematic.

Because of their connection to the material world, Virgos are excellent commodities traders.

Another sign that suits binary trading, Libra is all about balance and relationships between things.

They are refined and sophisticated. A commodity such as gold or a major index would suit Libra's trading style.

For a Libra to be a successful trader, they need to remember that not everything is permanent; those stocks or markets that are out of balance now will regain equilibrium again.

The Scorpio is passionate and powerful.

They are drawn to the stock market as they think they can impose their will on it. This stubbornness makes trading difficult for them.

If a Scorpio trader can take a step back and realize that they can't control everything, they will soon master the art of trading and investing.

Represented by the archer or a centaur, Sagittarian's depth of understanding seems mystical to the other signs.

They are always chasing adventure and knowledge. Their life's goal is to expand themselves and their community. As such, Sagittarian traders are often found on forums, sharing their knowledge.

When it comes to making big trades, Sagittarians need to learn to trust themselves.

Represented by a goat, Capricorns are suited to bear markets.

They are ambitious, practical and seek the quickest way to succeed.

Capricorns are incredibly hardworking and want to make the largest trades, which they do with caution.

Capricorns need to remember that it isn't about how much you are trading to be a successful trader. They need to focus more on and enjoy the process of finding a good trade.

An Aquarian personality is very aloof. They like to wait and watch, so prefer long-term trades over the chaos of short-term and day trading .

They are intellectual and technical traders. However, a random thought often turns into a lead that results in a quick and profitable trade often missed by the other signs.

The Pisces are represented by two fish swimming in opposite directions, symbolizing their struggle between reality and fantasy.

However, as traders, Pisces are intuitive and compassionate. They are not tied to any trading style or type and, as such, have a diverse portfolio and several trading accounts.

Their instincts are second to none and drive most of their decisions. This makes it difficult for them to share their knowledge.

Skeptics may find financial astrology a waste of time and a load of nonsense. However, there is evidence to suggest that astrology can play a role in trading and investing.

For those exploring financial astrology, remember that reading a chart is not as simple as it looks. Always check your data with two or three reputable astrologers and compare it with the scientific data available on your trading platform .

WikiJob does not provide tax, investment, or financial services and advice. The information is being presented without consideration of the investment objectives, risk tolerance or financial circumstances of any specific investor and might not be suitable for all investors. Past performance is not indicative of future results. Investing involves risk including the possible loss of principal. 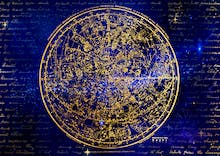 How to Use Tarot to Predict Your Career