Monero (XMR) is a type of cryptocurrency like Bitcoin (BTC) and Ethereum (ETH). It is a decentralized currency with a value that is not based on a physical entity such as a government or gold, unlike fiat (traditional) currency.

Monero originally launched as ‘Bitmonero’ in April 2014 and came from a hard fork in the Bytecoin cryptocurrency.

Bytecoin was one of the first ‘privacy coins’ in the world, developed to offer complete anonymity for both transactions and users. This private element was missing from other altcoins like Bitcoin.

The blockchain for Bytecoin was developed using CryptoNight, which uses several keys in a single transaction, making it more difficult to find out who sent what coins where. CryptoNight is the main structure of most privacy-based cryptocurrencies available today.

When Bytecoin was launched, there was some controversy amongst the developers due to the fact that over 80% of the bytecoin was issued during the launch. This created a hard fork and the introduction of Bitmonero as an alternative.

After rebranding to Monero (‘money’ or ‘coin’ in Esperanto), Monero became the best-known private coin available and is credited with the rise of other private altcoins which have a combined value of almost $2 billion.

Through anonymization protocols and advanced cryptographic functions, the data of all Monero transactions are kept completely private and untraceable. Alongside the usual mission of cryptocurrency (decentralization and security), privacy is the main feature of Monero.

The Purpose of Monero

The mission of Monero is to address the privacy concerns that are rife with other popular cryptocurrencies.

Despite some users believing that their transactions with decentralized currencies are anonymous, the public ledger of the blockchain for BTC and other cryptocurrencies makes it possible to trace not only the sender and receiver of the currency but also the amount sent.

Monero’s privacy is achieved by a combination of three protocols:

When a transaction is created using Monero, the digital signature of the sender is combined with several other signatures – there are currently 10 signatures in every transaction group. This makes it almost impossible to tell who is sending the currency.

This measure, alongside other Monero protocols, updates every six months to be an ever-evolving concept, altering the number of signatures and addresses used to mask transactions.

Developed in 2017, RingCT (Ring Confidential Transactions) hides the amount of monero in the transaction by including a number of other inputs and outputs with it, in a similar way to the ring signatures.

Monero vs Bitcoin and Other Cryptocurrencies

How Is Monero Similar to Non-Private Cryptocurrencies?

Monero and Bitcoin are both based on a blockchain and are mined through a network of computers (known as nodes) that verify transactions.

Both are decentralized digital currencies that can be created, bought and sold through online exchanges. They are protected through the blockchain, verified using nodes, and transactions take place using keys and passwords for privacy.

The basic principles of cryptocurrencies make them all similar in this way. That is why they often follow the same bearish and bullish patterns in terms of price.

How Is Monero Different?

When BTC and other digital currencies were first pioneered, one of the biggest selling points for early adopters was the idea of a completely anonymous currency exchange. However, Bitcoin should be considered more like a pseudonymous transaction because every exchange is recorded on the blockchain in a public ledger – each BTC can be tracked and traced through users.

Monero addresses this, increasing its popularity with users who are looking to protect their assets from others (including governments and institutions).

The fungibility of Monero is another aspect that sets it apart from other digital currencies. Fungible assets can be exchanged for other assets of the same type, including goods, commodities, fiat currency and cash. However, the difference between Monero, fiat currency and most altcoins is that it cannot be traced through transactions.

Cash is often thought to be an untraceable way of completing transactions, but even this method of payment can be tracked thanks to serial numbers.

Bitcoin can be traced through the blockchain. If it is flagged as being used for an illegal purchase, it can no longer be exchanged. From an asset-holding point of view, if you have received BTC that has been used in a fraudulent or illegal transaction, it becomes unusable for further transactions, making it effectively worthless.

How Is Monero Mined?

Cryptocurrency is created through a process called mining. This is a system that has been created to ‘reward’ nodes that verify altcoin transactions with an amount of cryptocoin. 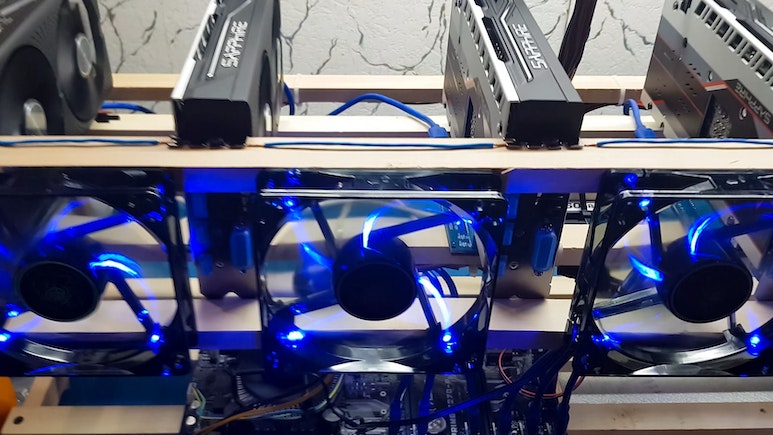 Miners use their computing power to ‘solve’ complicated problems and create new blocks of data to add to the blockchain. The node that completes the problem will be rewarded with a specific amount of that coin once it has been verified by other nodes in the network.

Mining takes a lot of computing power, and in larger blockchains like Bitcoin, this is now only considered to be profitable with a huge, expensive setup using Application Specific Integrated Circuits (ASICs) to complete transactions. This means that, for most cryptocurrencies, it is no longer financially viable to mine, as most of the rewards will go to ‘mining farms’.

With Monero, the CryptoNight algorithm does not allow for ASIC mining. Therefore, in most cases, it is possible to get rewards through using a CPU or GPU (and therefore minimal setup costs).

CPU mining uses a computer’s central processing unit and special software. A good computer will offer a fast hash rate (number of attempts to solve the problem per second) without much cost. Updating a CPU can cost anywhere from $50 to $150.

The faster – and more rewarding – option is GPU mining. Purchasing a graphics processing unit (GPU) can cost up to $500, but in turn, the hash rates are often considerably higher, meaning that rewards are more likely.

All that is needed after the relevant hardware is simple software, which is generally free to download.

You can mine Monero yourself (solo mining). This allows you to retain all the rewards you earn but can take a lot of computing power (as well as the ongoing costs of increased electricity usage).

Another option to reliably receive mined coins is to join a mining pool. These linked nodes work in tandem to solve problems and are more likely to be successful in creating new blocks thanks to the combined computational power.

Joining a mining pool usually involves paying a fee, which tends to be a percentage of the rewards generated, shared between users depending on the amount of power allocated by each node.

Mining Monero is much more accessible than many other cryptocurrencies. However, whether it will be profitable for you depends on the balance between possible rewards and the costs of the operation, from the initial purchase of hardware to ongoing electricity costs.

Should You Invest in Cryptocurrencies Generally?

Cryptocurrency has been around for more than ten years, but traditional investors and financial institutions are not keen on it due to the volatility and unregulated nature of decentralized exchanges.

Investing in cryptocurrency in general needs careful consideration because it is decentralized and mostly unregulated.

Digital currency is becoming more common and can even be used to make purchases in the ‘real world’ with some well-known physical stores accepting Bitcoin and other digital currency in the same way as fiat currency.

There are trading courses available to help you learn how to trade in digital currencies.

The other consideration with cryptocurrencies is that, although they are meant to be ‘borderless’, some governments have banned the purchase of digital coins in their countries.

Despite these drawbacks, many Bitcoin and altcoin adopters believe that digital currency is the future of finance. You may decide that, as long as you can afford to lose the money you invest (so don’t bet your house on it), cryptocurrency may be a fun, exciting way to invest.

Should You Invest in Monero?

Investing in Monero specifically is not as simple as other cryptocurrencies as it is less available in popular exchanges.

Also, the privacy that makes it popular with users means that Monero is not popular with many governments and institutions as they cannot trace transactions.

Monero and other privacy coins are typically considered the ‘currency for criminals’ because they have been a mainstay of transactions on the ‘dark web’.

Dark-web marketplaces such as Alphabay might accept Monero for transactions, but there is not much uptake from merchants on the lighter side of the internet. This may be a major reason why it makes regulators so uncomfortable.

Monero is gaining in value and popularity for several reasons. While its value tracks other cryptocurrencies like Bitcoin in terms of market direction, there is a surge in popularity for investors whenever regulators impose new bans on digital currency usage.

As more and more regulations come into force for cryptocurrency, Monero and other privacy coins are more inviting for some people due to their inbuilt security and privacy from governments and agencies.

It is worth noting that, despite the public perception of privacy coins being used for illicit activities, as a user or holder you will not know if your monero has previously been used in this way. This might pose an ethical dilemma for some investors, but if you wouldn’t throw away cash that had been used in a crime, this is less likely to be a problem for you.

Another consideration is the inherent difficulty for merchant services needed to pay for other assets and commodities using Monero. The anonymity becomes a roadblock to using the currency for other purchases, although there is software in development to make this less of a problem.

The suggested illicit usage of Monero on the dark web should be considered too, as perception could slow more widespread adoption and mean that there is unlikely to be a ‘Tesla accepts Bitcoin’ moment for Monero.

As a digital currency, Monero is on a slow, steady rise. Due to its increased fungibility, thanks to its acceptance by popular exchanges alongside the increased regulation of other cryptoassets, it seems to be outperforming even Bitcoin in terms of growth.

Monero is relatively easy to mine, even for a solo mining operation. The constantly updating protocols guard against the use of ASICs, preventing monopolization of the rewards.

Complete anonymity for senders and receivers regarding transaction details brings this privacy coin a step nearer decentralization, the cornerstone of digital currencies. The six-monthly protocol updates also make it responsive and flexible in the face of security threats.

However, if you are concerned about its use on the dark web and are unsure about how the increased privacy might encourage illegal transactions and fund illicit activities, Monero might not be for you.

How to Mine Cryptocurrency

Dogecoin: The Essentials to Dabble in Doge

How to Cash Out Bitcoin

How to Buy Ripple Cryptocurrency

How to Buy Cardano