At some point in your career, an employer may require you to undertake screening for drugs and alcohol.

There are various types of drug and alcohol tests and testing is more rigorous and frequent in some sectors than others.

Eighteen US states have provisions for drug and alcohol testing included in their legal codes. In some states, there are limits imposed on drug testing in the workplace which dictate when, and sometimes how, tests can be done.

Your state department of labor (DOL) will be able to advise you about the specific laws where you reside or work.

Although there are differences in legislation around drug and alcohol testing from state to state, many allow, and in some cases require, employment drug screening to be carried out.

When Would an Employee Be Tested for Drugs or Alcohol?

Drug or alcohol testing can happen at any point during your employment. The typical situations you would be faced with would include:

In some cases, all applicants may be required to take a test before a formal job offer can be made (known as ‘pre-employment drug testing’).

Applicants would normally have been made aware of this during the initial stages of the hiring process or even in the job advertisement itself.

Your job offer would be conditional until you take and pass the required drug and alcohol screening.

As an employee, you should have been made aware of information about drug and alcohol testing in your workplace when you started.

A specific drug and alcohol policy would usually be outlined in your employee handbook and/or explained during orientation.

Your policy may outline that you could be selected at random for a drug and alcohol test.

In this case, employees should all have an equal chance of being chosen and there is usually very little notice given. This is essentially designed to act as a deterrent for casual drug use amongst workers.

'For Cause' or Post-Accident Tests

A company may also deem it necessary to test individuals after an incident in the workplace such as an accident, breach of health and safety protocol, or act of misconduct by an employee.

Other scenarios such as unexplained bouts of illness or lateness could constitute grounds for a drug and alcohol test.

‘For cause’ testing effectively means that an employer believes the use of drugs or alcohol outside of the workplace may have impeded your performance at work, therefore they have cause to require you to take a test.

Tests are routinely conducted after an accident or incident at work to see if drugs or alcohol were a causal factor in the incident. This information can help to inform any future amendments to health and safety policy.

Do All Industries Test for Drugs and Alcohol?

Although any company can require their employees (and sometimes potential employees) to submit to drug and alcohol testing, it is more common practice in some industries than others.

For some industries, particularly those where strict protocols around health and safety or public health need to be met, drug and alcohol test becomes a legal requirement.

All industries controlled by the US Department of Transportation are covered by federal or state drug testing obligations, so you can expect mandatory tests if you work within logistics, transport or aerospace, for example.

Other industries where drug and alcohol testing should be routinely anticipated include:

Why Do Companies Need to Test Employees for Drugs and Alcohol?

There are various reasons a company may decide to conduct screening. These include:

The over-arching reason behind drug and alcohol testing in the workplace is of course to meet health and safety requirements and to protect employees and the wider public.

Although employees can be screened at random, a company has to demonstrate they are being fair with their policies. Selections are often made electronically so the company can prove its impartiality.

Most Common Types of Drug Tests

In addition to alcohol, employers typically test for:

Employers can request different forms of drug and alcohol testing, these include:

Some drugs leave the system quicker than others. In most cases, the sensitivity of the tests will reveal drug usage in the past few days or weeks.

Hair follicle tests, however, may be able to detect drug use significantly further back in time.

These tests are comparatively more expensive than urine or saliva swabs and are used less frequently by employers.

Urine testing is the most common form of workplace testing for drugs.

Urine tests are favored partly because they provide a less invasive and uncomfortable form of testing and also because, with urinalysis, it is possible to detect drug residues within the body even after the effects of the drug have worn off.

The window of detection with blood tests, in comparison, is very short.

Can I Refuse to Take a Drug Test?

You cannot be forced to take a pre-employment drug test, but if the job offer is conditional on you taking and passing the test, it is most likely that the offer will be retracted if you refuse.

It is also possible to be fired as a result of refusing to take a drug or alcohol test.

In some states, your rights to unemployment benefits may also be limited if you are deemed to have become unemployed as a direct result of refusing a drug and alcohol test.

You may also face disciplinary action as a result of refusing a test, in line with your company’s policy.

Who Pays for Employment Drug Tests?

Your employer would usually cover the costs for drug and alcohol testing as and when required.

Applicants are not considered as employees and would therefore not be able to reasonably expect compensation for pre-employment drug and alcohol testing.

Employees, however, may be entitled to receive compensation for their time, especially if the test is conducted outside of usual working hours.

You can refer to the Fair Labor Standards Act (FLSA) for further information and to further understand your rights around mandatory drug and alcohol testing and hours worked.

What if Marijuana Is Legal in My State?

There are currently no restrictions under law that negate an employer’s rights to test for marijuana, despite up to 20% of Americans now living in states where it is legalized to some degree.

In all 50 states, employers do not have to make any provisions for anyone who is deemed as ‘under the influence’ whilst on duty.

Some states have laws in place that require an employer to accept employees who hold medical marijuana cards or are participating in a program.

Eleven states have statutes that clearly state some level of employee protection for marijuana users (this only covers use outside of normal work hours).

The rules around the use of medicinal marijuana and the workplace remain complex and unclear. It is still possible to test positive for marijuana and face disciplinary action within the workplace, despite living in a state that permits its use.

What About Prescription Medication?

Many prescription painkillers contain opiates. Misuse of these medicines is becoming an increasing problem in the US.

The rules around taking prescription medication and drug tests are similar to the situation with medical marijuana use. You may fall under the parameters of ADA and be offered protection, depending on your medical condition, but this isn’t guaranteed.

If your sample is sent to a certified lab (as recommended by the Substance Abuse and Mental Health Services Administration (SAMSHA)) it is possible for an employee who tests positive as the result of prescription medication to provide proof that:

If satisfactory evidence is presented that the medication in question was obtained in a regulated way and used as directed, the result can then be recorded as negative and no further action should be taken against you by your employer.

How Accurate Are the Tests?

Federal agencies who conduct drug and alcohol testing are duty-bound by legislation and must test in line with standardized procedures dictated by SAMHSA.

Although private companies do not have to follow the same guidelines, most choose to as court decisions tend to support these protocols and they are seen as legally sound.

Drug and alcohol testing may be conducted in the workplace or relevant medical center, such as a doctor’s office. Following SAMHSA’s guidelines, samples obtained must be sent to an HHS-certified laboratory where accuracy ratings are recorded as very high.

These laboratories are heavily regulated and must meet minimum standards to undertake urine and fluid drug testing for federal agencies.

Their policies are stringent, therefore both employers and employees can be assured that the results they obtain are reliable.

What If I Test Positive?

The consequences of testing positive for drugs and alcohol vary depending on your specific employment and company policy.

For federal employees, it is a legal requirement that once a positive result is obtained in a drug test, the individual must be enrolled in an employee assistance program (EAP).

Employees are required to participate in a program of rehabilitation/counseling and abstain from further drug use if they wish to remain federally employed.

If you are employed by a private company or the state, it is advised to refer to its individual drug and alcohol policy to understand any specific penalties.

Sanctions imposed for failing a drug test in a private company would typically include attending compulsory counseling/rehabilitation sessions, loss of opportunity for promotion and a failed test may even cost you your job as there is no legal requirement for private companies to provide you with a second chance in this instance.

False positives are unlikely if the guidelines outlined by SAMSHA have been followed correctly.

A second confirmation test can be performed which will reportedly reduce the risk of a false positive to almost zero.

It is important to be able to give a clear account of any:

that you may have been using in the run-up to your drug test, to negate any false positives.

If you still feel that you have been treated unfairly by your employer as the result of a drug and alcohol test (or for any reason), you should contact an attorney for expert legal advice.

Employees with a documented history of addiction issues are protected to an extent by federal and state laws that regulate discrimination in the workplace against people with disabilities.

Although the ADA does offer some protection for addicts, a company may still discipline or fire individuals whose performance and/or behavior at work is impeded by drugs or alcohol, provided that the same action would be taken against other employees in the same circumstances.

Drug and alcohol testing is a routine part of many company policies across the US. Your rights and limitations vary from state to state so it is advisable to contact your local department of labor for up-to-date advice.

If you find yourself struggling with addiction issues, it is best to reach out for help before failing a test and losing your credibility at work, or in some cases, losing your employment completely.

Random testing is designed to act as a deterrent and for the most part, it does. If you feel unsure about how specific medications or recreational activities could affect your ability to pass a drug or alcohol test, please refer to your company policy, your specific state laws and seek advice from a regulated, medical practitioner in advance. 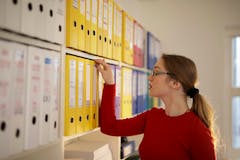 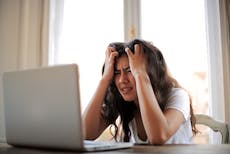 What to Do After a Failed Background Check

How to Write an Appeal Letter