What Is a Stakeholder?

The Stratford Research Institute defines a stakeholder as follows: "Any group or individual who can affect or is affected by the achievement of the organization's objectives."

Essentially, a stakeholder is anyone or any group that has anything to do with an organization.

The term 'stakeholder' is not confined to the owners and managers of an organization but also includes the customers, employees and even associated organizations.

This is largely due to the financial crisis of 2008, which revealed that businesses’ relationships with secondary stakeholders were ineffective. As a result, business models must now focus more on stakeholders other than owners and investors.

Having a stake in a business means that your actions affect that organization, whether directly or indirectly. In turn, the business’s affairs will ultimately affect you.

Why Are Stakeholders Important to a Business?

Since there are various types of stakeholders in a business, various people gain value from, and add value to, that business.

A company must have a synergetic relationship with every stakeholder because they rely on them for growth. It is in every business’s best interest to consistently satisfy the needs of each of its stakeholders.

Each stakeholder will have a different relationship with a business. Based on the health of their relationship, their actions will directly or indirectly benefit the organization.

Maintaining a healthy relationship with each of its stakeholders is imperative for a business’s overall success. This is true even though there are varying degrees of influence between each stakeholder.

While an investor significantly influences a business’s liquidity and financial well-being, you should not consistently prioritize them over customers or employees. If you do so, the relationship between the business and employees will decline and the overall service output of the company will be negatively affected.

Similarly, if businesses neglect certain requests or demands from secondary stakeholders such as activist groups, they may see their overall customer activity decrease.

While it may seem strategically sound to consider some stakeholders over others regarding certain circumstances, it will inevitably cause a business more harm than good in the long run. Businesses should consider each of their stakeholders accordingly to ensure the success of every aspect.

Sears was a mail-order watch and jewelry company that would later become the largest US retailer of the 20th century, accounting for 1% of the country’s total economy.

The company provided a highly influential business model, distributing specialized catalogs containing various affordable products that customers could order via mail. Many consider Sears to be the Amazon of its time.

Eventually, the company failed to meet the needs of various stakeholders, particularly its customers and employees:

Sears would go on to lose its status as the biggest retailer in the US to Walmart. Had the company kept the catalog business model, Sears may have grown as large as Amazon today.

Nokia was once the world’s largest distributor of mobile phones. Becoming one of the top 100 largest companies in 2009, the Finnish brand defined an era of mobile telecommunication.

During the smartphone revolution, the company was compelled to change its operating system to compete with the likes of Apple and Samsung.

The soon-to-be giants of the telecommunication and internet of things (IoT) market would utilize Apple’s iOS and the Android OS. Meanwhile, despite the warnings and appeals of their customers and competitors, Nokia refused to implement the Android OS over their own Symbian OS.

As a result, companies like Samsung and Apple have eclipsed Nokia in the mobile telecommunication market by a large margin. Nokia’s once market cap of 100bnplummetedtoaround35bn by 2021.

Huy Fong Foods is a US hot sauce company and the world’s most popular distributor of sriracha sauce.

The company’s main factory resides in Irwindale, California, where it has become a popular tourist attraction. The factory also produces all the company's goods to be sold internationally.

In 2010, the company was reported to have sold around 20 million bottles of sauce in one year, with sales growing to $60 million in 2012.

In 2013, Huy Fong Foods received complaints from the local residents that the smell from chili production was permeating throughout the surrounding factory area.

The company received 40 truckloads of pepper per day, which would give off an unpleasant stench when production started in the summer.

As the company did not do anything about the smell, appeals were made to the city council to declare the factory a public nuisance. As a result, a lawsuit was filed against Huy Fong Foods in October 2013.

Although the lawsuit was eventually dropped, the company risked being shut down because they neglected public complaints.

What Type of Stakeholders Are There?

Primary stakeholders are entities or individuals with a direct impact on, or who are directly affected by, the actions and overall state of a business.

Primary stakeholders are financially tied to a business so are essential to its overall well-being.

Without the contribution of its primary stakeholders, a business simply cannot survive.

The owner of a business is the most important stakeholder, as they are mostly responsible for the creation and direction of the company. They have the most influence and are most affected by the business.

Since owners have the highest financial stake in a business, they pose a greater risk to its capital than any other primary stakeholder. It is in their best interest to ensure the performance and growth of their organization.

A company’s employees are responsible for the consistent functioning of the business.

They are one of the most important stakeholders, as the success of the business relies on their performance. Employees' capital and livelihood are directly connected to the business, so they will always experience the immediate effects of a business’s success or failure.

A shareholder (or 'stockholder') is an individual who owns a share of a company’s stock (or 'equity').

Since shareholders can also be considered part-owners of the company, they are directly affected by the actions and status of the business. Although shareholders may not be connected to the function of the business, they still have a strong influence on its direction.

Suppliers provide a company with the goods and materials needed for its products. A business directly affects a supplier’s revenue as its well-being determines the supplier’s amount of sales.

Similarly, a supplier’s connection with a company is essential for the business’s overall functionality.

Therefore, a strong synergetic relationship between the supplier and the company benefits both entities.

Like owners and shareholders, investors have directly staked their capital on a business in anticipation of profit.

Since they share similar risks to owners and shareholders, they are also directly affected by the business’s success or failure.

Although they are not responsible for its operation, investors directly influence the business with their financial contribution.

Creditors (or lenders) are entities that provide financial support in the form of loans. These entities are generally banks or finance companies.

A creditor’s relationship to a business is strictly financial, meaning they have no other influence on the company’s activity. However, they are still directly affected by the business since they will either gain or lose capital based on its performance.

Unlike shareholders and investors, creditors are lawfully permitted to enforce consequences to a business over the loss of capital. These consequences include repossession and legal prosecution.

Secondary stakeholders are entities with an indirect impact on an organization. Although they may not be a working part of the business, they can still affect or be affected by a business’s actions.

Secondary stakeholders are also considered external stakeholders since they are generally entities outside of an organization.

In the age of social media and the wider internet, the general public is a much wider range of people than a company’s geographic location. As a result, businesses have a higher chance of affecting or being affected by the general public.

The general public possesses the public opinion towards an entity. Therefore, depending on its actions, a company’s customer activity may be highly influenced by it.

Depending on the nature of a business, local residents can be indirectly affected by a business’s decisions.

For instance, if a business wishes to expand its office space or storage building, there may be a conflict of interest regarding the destruction of the surrounding area.

Similarly, the actions of residents may indirectly affect a business. Events like theft, robbery, destruction of property or protests will create unexpected costs for companies.

Depending on its nature, a business may garner support or protests from certain communities.

If the nature of a company conflicts with the interests of a particular community, this may negatively influence public opinion towards the company.

Conversely, if a company aligns with the interests of a particular community, it may see a rise in positive public opinion.

Should a business commit actions that infringe on these causes, activist groups will seek to penalize the business.

Some companies choose to align their business with certain activist groups, increasing brand awareness and endorsements.

Media outlets can provide coverage on the activity of businesses, which can affect numerous aspects of their performance.

Media coverage can have a positive or negative effect on a business.

For instance, a business can gain positive media coverage by creating or following a popular trend. Similarly, the media may also cover unwanted scandals, ultimately hurting the company.

Although competitors may not directly influence a company, their activity will often strongly influence its decisions.

Companies must consider what their competitors are doing to remain relevant in their market.

Legislation enforced by a governing body will affect what a business can and cannot do within a certain jurisdiction.

If a business fails to abide by its government’s laws, it will be liable to legal prosecution, resulting in large fines or possibly termination.

Internal stakeholders are individuals and entities that have a direct relationship with a business. They are responsible for the operation, management and direction of the company.

An internal stakeholder has a direct stake in a business and is directly affected by its activity.

Examples of internal stakeholders include:

External stakeholders are individuals and entities who do not have a direct relationship with a business.

While these stakeholders may have an interest in or influence on an organization, they have no direct stake. As a result, they are not directly affected by the affairs of the business.

This term is often used interchangeably with 'secondary shareholders'. However, while external shareholders may not have a direct stake in a business, they can still directly impact it.

Examples of external stakeholders include:

As part-owner of the business, a shareholder is a type of stakeholder.

A primary stakeholder has a direct influence on a business or can be directly affected by it.

A secondary stakeholder has an indirect influence on a business and can only be indirectly affected by it.

A stakeholder conflict is when there is a conflict of interest between two or more stakeholders.

When stakeholders reach a conflict of interest, it can negatively impact the performance of the business.

Stakeholders can manage their conflicts of interest by prioritizing certain goals and dealing with them fairly. Ensuring that each stakeholder’s interests are addressed can minimize the negative effects of such a conflict.

Yes. Depending on a business’s state of affairs, it is important to identify and rank stakeholders based on who serves its best interests. (The customer is almost always ranked first.)

Stakeholders are integral to a business’s survival, each with their own influence and interests. Therefore, any business has to consider the needs of each of its stakeholders to ensure its optimal performance.

A business’s role is to benefit every stakeholder, while every stakeholder may contribute to the ever-improving function of that business. This synergetic relationship defines a company’s existence. 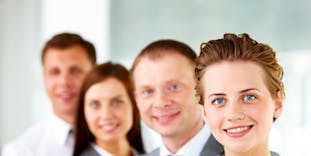 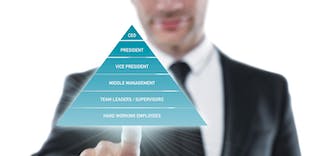 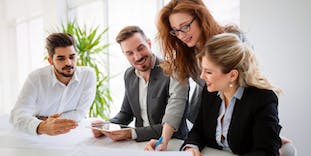 Divisional Organizational Structure: Everything You Need to Know 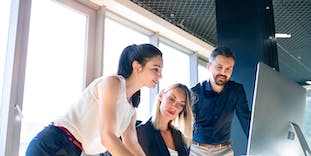 Essential Business Roles Within Any Organization