It would be easy to assume that the terms ‘supervisor’ and ‘manager’ mean the same thing. Both roles are commonly found in the workplace and both have an important part to play in the success of a company.

For most people, the terms are used interchangeably. After all, it’s entirely possible to be a manager who supervises people. It is equally possible to work in a place where the supervisor manages others.

This confusion can lead to issues in understanding the precise responsibilities of a role. It can also mean that other employees are sometimes unsure of whom they need to speak to in a situation and that chains of command become difficult to follow.

To create clarity within a hierarchy – and wider company – it is important to understand what a role involves and the differences between job titles.

What Is a Supervisor?

A supervisor is an individual who is part of a management team. They are typically responsible for overseeing tasks and employees within a company.

They are responsible for tasks such as:

Similarities Between Supervisors and Managers

The terms 'supervisor' and 'manager' are often confused with one another because there are many similarities between the roles.

Both supervisors and managers are expected to manage other people. This can be a small group of individuals they work with on a regular basis or a larger team.

The exact degree of management required of them will vary depending on factors such as:

In a small company, both supervisors and managers can be involved in decisions regarding staff hiring and rewards.

Both managers and supervisors have a higher level of responsibility compared to staff members who don’t hold an official title. The exact nature of their responsibilities will depend on the type of company they work for and the specifics of their job.

It is possible that these types of positions will come with responsibilities relating to areas such as:

Both supervisors and managers hold a certain level of authority regarding other staff members. They are also viewed by consumers and customers as being in a position of authority.

In a small company, it could be that a supervisor and a manager hold a similar degree of authority, although this can vary significantly depending on how a company chooses to differentiate between roles.

Both supervisors and managers will be aware of policies implemented within a company. These could be strategies that relate to employee performance, customer satisfaction, sales targets or any other area of business.

They will both hold some level of responsibility for implementing these strategies and ensuring that employees are working to the best of their ability.

They will also work to make sure that targets are met, and maintain staff morale and customer satisfaction levels.

Both supervisors and managers are likely to find they are paid at a higher rate than other employees who don't hold the same title.

The exact rate of pay is likely to vary depending on the size of the company, the specific position held and the rate of pay of other staff members in similar positions.

Differences Between Supervisors and Managers

An understanding of how the roles differ is important for being able to use each term in the correct context.

While supervisors are responsible for implementing strategies, they have very little involvement in creating them.

Managers will often be involved in deciding strategy details as well as deciding how success will be recognized.

A manager will usually be more focused on how the strategies will affect the company from an outside perspective.

For example, they might consider how changing staffing levels will affect customer satisfaction. A supervisor, however, will be more involved in understanding how strategies affect a company internally.

As a general rule, a manager will have significantly more authority than a supervisor. This is because being a manager is considered to be part of the executive level of roles.

A supervisor will often be answerable to a person who holds a managerial role. A manager will answer to others who hold more senior managerial positions.

If you are unsure whether your role is technically a supervisor or a manager, consider how much you are paid compared to other staff members who do similar things.

To put it simply, a manager will usually earn more than a supervisor. This is because they are classed as being on the next rung of the career ladder.

The amount of responsibility you have will be directly related to how senior your role is.

As managers are at the more senior level, they have more management responsibility compared to a supervisor.

A manager is also essentially responsible for how well a supervisor can manage their team, so they are accountable for finding solutions to any issues.

Although both roles will have a certain amount of influence, a manager will usually have more influence than a supervisor.

In general terms, a supervisor has influence over the team they supervise. A manager is likely to have influence over a wider range of elements. For example, managers will often be involved in recruitment processes, as well as issues that occur within the workplace and any disciplinary action required.

It is also likely that a manager will be consulted in decision-making processes that relate to setting targets for departments and the company as a whole. They may also be included in meetings to discuss areas where the company is performing well and areas that need to be improved.

With so much crossover in responsibilities, you would be forgiven for thinking that the words ‘supervisor’ and ‘manager’ are two ways of saying the same thing.

Although they can at times be interchangeable, it is important to understand the differences to fully comprehend the hierarchy in your place of work, as well as the vital role that each person plays. Supervisors and managers work together, forming different parts of a cohesive team.

One of the easiest ways to remember the differences is to realize that supervisors are mainly responsible for in-house details and the day-to-day functioning of a company. A manager is more likely to consider the wider picture and be responsible for long-term goals and successes.

Managers will often be responsible for the bigger details and more employees overall, whereas supervisors will specialize in knowing their small team of individuals inside out. They will know their strategies and targets in a way nobody else can.

Once you are able to tell the difference between the two, you will be better placed to know which person to speak to about specific issues that can occur.

It also means you are better able to understand your own role within a company and how it fits with the roles of others. 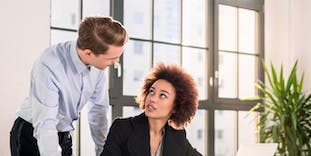 What Are the Responsibilities of a Supervisor?

What Is Chain of Command? 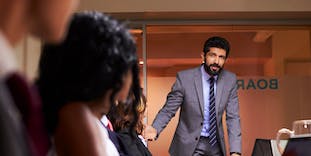