What Does a Judge Do?

A judge is the person who passes sentence on the individual on trial in court. They must also keep order within a courthouse and ensure that all procedures are followed correctly.

It is a difficult position as a judge must remain impartial during a trial. They must try to avoid using their bias or opinion to pass sentences and they must come to a decision using only the evidence presented.

Judges are elected in the US to a court, and they are usually very well versed in a certain area of federal or state law.

The judge must listen to both sides of a trial without reacting emotionally to the evidence. They rely upon the jury and both sets of lawyers to arrive at a decision.

This is a particularly challenging role and is not suitable for emotionally driven people.

However, they must be able to show a degree of compassion for the proceedings. They may be presented with a case where both parties of the trial have suffered.

They must also have strong reasoning skills and the ability to critically analyze the evidence before them.

In this article we will outline the different types of judges and how much a judge in the US typically earns.

We will also discuss the steps you will need to take to become a judge, how long it takes and the skills you need to master to become a success.

There are many different types of judges who work in federal, international and district courts.

Each branch has a different elective process. For example, if you are aiming to become a federal judge in the supreme court, you will need to go through numerous stages to be deemed suitable.

There are around 1,770 judgeships across 209 federal courts. Some of these are appointed by the president while others are decided by court judges.

Judges in the highest positions are appointed for life, but judges elected by other court judges serve a fixed timeframe. Those working as judges in the US bankruptcy court serve a term of 14 years.

In the district and state judicial system, there are a range of positions. Some of these judges work in conjunction with the federal courts while others are separate.

Some of these judges include:

There are also judges who serve in the United Nations General Assembly and Security Council.

These judges must be well versed in international law and are elected in annual autumn sessions in the general session held in New York.

There are only around 15 elected judges, and they serve nine-year terms of office.

Judges have some of the most well-paid positions in the US.

The statistics according to UScourts.gov highlight the spread of pay across four different judicial positions. These figures are updated each year.

Here is the breakdown of annual salaries of the four positions in 2022:

Judges’ salaries increase in line with inflation. They also have access to lucrative insurance packages and health benefits.

These six-figure roles are highly competitive and there are not that many available. They also require experience in the profession.

State judges are generally paid less than federal positions but there are more roles available. The salaries of state judges also vary depending on the state the judge is working in.

These are still well-paid positions and are well respected. They are also the gateway to the more lucrative judicial positions.

Steps to Become a Judge

Gaining a bachelor’s degree in law is an essential step to becoming a judge. It is also advisable to take postgraduate courses to enhance your education.

The Bachelor of Laws (LLB) generally takes three years to complete. Achieving an LLB will allow you to take the next step in the legal profession.

Bear in mind that this is only the first step on the pathway to becoming a judge.

A BA Law is usually achieved by taking a law conversion course. This will give you the skills to work in a legal profession in the US.

Once you have passed your undergraduate courses, you can apply for law school. To be admitted, you will need to pass the Law School Admission Test (LSAT).

To succeed on this test, you will need a score of around 155 to access the top 50 law schools in the US.

It takes a lot of work to achieve these scores, but they will help you access the federal and international positions.

To become a judge also involves an American Bar Association (ABA) evaluation and obtaining a Juris Doctor (JD) degree. This can take three years to complete.

After achieving your JD degree, you can take the bar examination in the state you want to practice in. Passing this will grant you an attorney license to practice your area of law.

Getting the Right Experience and Practice

What area you want to specialize in and where you get your practice is entirely in your hands.

You can seek out a law firm to practice under or you can choose to be a sole practitioner.

There are also positions available in public and government prosecution services. Bear in mind these are harder to find but can help you work towards federal law.

A judgeship is obtained by an election from other judges. You must have the right experience as an attorney and good grades to achieve a judgeship.

You must also show good practice. If you have not carried out your practice as an attorney wisely, it will be difficult to obtain a judgeship.

In most states across the US, you can submit your own nomination to earn a judgeship.

Enquire with the judgeship commission in the state you wish to practice in about the specifics of the application. In each state there may be different experience and grade requirements.

How Long Does It Take to Become a Judge?

There is no quick way of becoming a judge and it takes on average at least seven years to begin practicing.

There is no specific timeframe to begin your judgeship. You may take longer depending on your practice as an attorney and how long it takes you to work through the degrees.

The more experience you gain, the more suitable you will be for higher positions.

If you want to take a Master of Laws degree (LLM) or a Doctor of the Science of Law (JSD) degree, you will have to study for a longer timeframe.

It is realistic to expect 10 years of study and practice if you want to successfully become a judge.

It is not a small commitment. It may also be expensive if you do not have access to scholarships during your education.

In this case you will have to work during your training. However, because of the wages that being a judge offers, it will be worth it in the long term.

Skills to Master as a Judge

You will require this skill during your education, but it is always best to keep in mind the different jurisdictional procedures in different areas.

Laws and how a judge operates within the law vary from state to state. If you want to expand your practice internationally, you will need to learn more about international practices.

Postgraduate study can equip you with the right legal knowledge to practice further afield. Spend your time learning about how you can access the right education.

If you want to specialize in one type of law, you will have to research the relevant course that will equip you with this specialty knowledge.

For instance, if you want to be involved in human rights law, you will need different legal knowledge than if you want to get into administrative law.

The ABA breaks down judicial temperament into seven traits:

If a judge does not display the last traits, they will struggle to remain impartial during a court proceeding.

However, if they are not sensitive or compassionate, they may not see eye to eye with both sides of the court.

A judge needs to be well aware of their impression upon the courtroom. They are one of the top figures of authority.

A judge will be presented with evidence for and against the defendant. There will be testimonies, forensic reports and evidence given that will either lead to the acquittal or conviction of the individual.

The judge must be able to decide how to weigh the evidence and how much it determines their decision. Critical reasoning is imperative for judgment.

Court trials are also lengthy procedures. A judge must be able to sit for long periods, keep their attention and weigh the various pieces of evidence with a clear head.

What if I Do Not Achieve the Grades to Become a Judge?

The requirements are exceptionally high even to become a state judge. However, this should not discourage you from working towards achieving them.

Even if you miss the grade marks by a slim margin, you may still be able to attend a law school.

If you feel you have not achieved the grades to become a judge, you can still work within the legal world.

Paralegal and administrative positions require the exact skill sets that are taught in law schools. You can always steer your career pathway in this direction.

How Stressful Is It to Be a Judge?

Being a judge is an incredibly stressful job. Some of the court proceedings that you will be involved in will be emotionally distressing.

You may also not be able to talk about these cases until they are finished. Confidentiality plays a role in how much a trial can be discussed.

However, it is a very rewarding career. The financial benefits are clearly excellent but so is the sense of duty.

As a judge, you will have distinct responsibility to serve the state and the country. The law lies in your hands.

Whether you want to become a state judge or an international judge, you will have to spend a considerable amount of time studying towards your goals.

The best way to start your journey is to identify the courses you want to take and where you can gain the right experience.

Try and talk to anyone who works in the field of law to get a picture of the preparations you need to make.

Remember to pace yourself as well. Once you pass your bar examination, take the right opportunities to practice as an attorney.

The type of judge you become will be determined by your experience. Identify what you want and take responsibility for the work ahead. 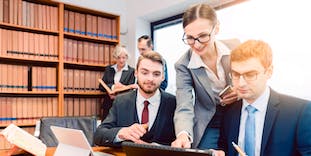 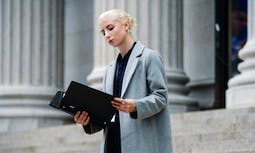