Which Firms Comprise The Big Four?

In the accounting world there are many firms graduates are keen to work for, but none so much as The Big Four, a term for the four largest accounting firms in the world.

In order of size by revenue, they are:

These firms deal with business areas such as taxation, business consultancy and management, risk control and assessment, as well as external audit. In this article, we’ll cover a history of The Big Four, followed by an overview of each firm, the kind of opportunities they typically offer, how their interviews are structured and what graduates are saying about each organisation in our forum.

A History: The Big Eight to The Big Four

Over a number of years, a series of mergers and acquisitions took place that streamlined the Big Eight. In 1986 two pivotal mergers occurred: Ernst and Whinney merged with Arthur Young to create Ernst and Young (EY). Then Deloitte, Haskins & Sells merged with Touché Ross to form Deloitte Touche.

In 1998, Price Waterhouse then merged with Coopers and Lybrand to form PriceWaterhouseCoopers (or PwC). This merger reduced the main accounting firms to five. A final change occurred in 2002, with the demise of Arthur Andersen after their involvement with the Enron scandal. From that time the main accounting firms have been referred to as the Big 4.

Commonly referred to just as Deloitte, Deloitte Touche Tohmatsu was established by William Deloitte in 1845. Although the business went through a series of restructures and mergers, it still retained the Deloitte name. Today it is recognised as one of the most successful brands in the world.

By 2016, the company generated income of $36.8 billion and employed an estimated 225,400 staff, making it the largest recruiter in the Big Four. The business operates across 159 countries and consults in risk management, tax services, financial advice and audit to a worldwide client base.

The majority of graduates join the Deloitte graduate programme as a Business Advisor, working closely with clients on a range of different projects. In addition to securing a recognised professional qualification, new recruits develop a set of business skills that create a strong foundation for your career. Graduates can apply to join one of nine programmes:

If you want to know more about the interview process at Deloitte and the best way that you can prepare, read our comprehensive guide on Deloitte interview questions.

Ernst and Young: An Overview

Ernst and Young was created following a merger in 1889. Currently it has over 700 offices located in more than 150 countries, and revenue in 2016 was $29.6 billion. The business specialises in the delivery of services such as advising, transactions, assurance and tax. With such a diverse selection of services, alongside a range of training programs online and work-based training, competition to join the firm is tough.

EY values employees who can demonstrate teamwork, respect, integrity, motivation and enthusiasm for their work, which reflect the core values of the business.

Interviews at Ernst and Young

If you want to know what you will be asked at an EY Interview or to find specific information on the interview process, visit our Ernst and Young Interviews page.

KPMG includes a range of accounting firms in a complex worldwide network delivering audit, advisory, tax, special interest and industry-specific services. Employing an estimated 174,000 personnel, the business delivers to 155 countries throughout the world. In 2016, the company made $25.4 billion.

Formed in 1987, KPMG was established as a result of a merger between Peat Marwick International and Klynveld Main Goerdeler. Like many of the other organisations in the industry, KPMG places a key emphasis on people and service quality.

The business has received recognition numerous times as being one of the best places to work, providing employees with a culturally diverse work environment and great opportunities. The organisation currently offers three main services including audit, advisory and tax.

If you would like to know what a KPMG interview is like or the types of questions you will be asked, visit our dedicated KPMG interview page to learn more.

PriceWaterhouseCoopers, which employs over 220,000 staff across 157 countries, was created through the merger of two major accounting firms, Price Waterhouse and Coopers and Lybrand, in 1998.

As with Deloitte, PwC offers a number of seminars and training programmes for existing and prospective employees. The rate of growth over the past 10 years has been consistent and there are opportunities for graduates in several business areas including audit and assurance, consulting, reporting, tax and many more.

Differences Between the Big 4

While there are many similarities between these four firms, they also have their differences. These range from revenue to main focus areas, work culture and more.

For instance, with Deloitte vs KPMG, Deloitte has the largest revenue of all four firms and focuses on consulting. KPMG has the smallest revenue of the four firms (not a reflection on the quality of their work but rather a smaller merger) and is known for its friendly workplace culture.

EY works with more S&P 500 members vs Deloitte, PwC and KPMG. EY is also particularly strong in the area of digital business transformation and has a good work culture reputation.

PwC has the world's biggest tax practice and makes a point of working with the world's largest firms. PwC also audits the largest percentage of S&P 100 members and has a reputation for offering good career progression for dedicated employees.

Things certainly look bright for the future of the Big Four accounting firms. Although some have shown slower growth, they are still growing. Recent mergers and acquisitions facilitated growth even more, and have expanded the range of opportunities that are available for existing employees and graduates hoping to join these companies.

If you wish to join any of the Big Four accounting firms after graduation, it’s important that you prepare yourself for a competitive and thorough application process.

The Certificate in Finance, Accounting and Business (CFAB)

How to Become an Accountant 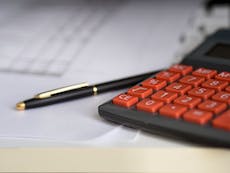 How to Write an Accountant Resume