If you have a vested interest in the social sciences, the actions of government and the social and economic impacts of policy initiatives, you may want to consider majoring in political science.

This complex subject tackles the workings of government from both a theoretical and practical point of view.

In this article, we’ll look at the skills you’ll gain from your study, before discussing some popular jobs for political science majors.

What Are a Political Science Major’s Top Skills?

As a political science major, you’ll learn how political parties construct campaigns, how public opinion is influenced and how governments come to power. You’ll also study historical politics for context and assess the success and failure of different leadership models across the globe.

In addition, you’ll develop a range of versatile skills that will open doors for many political science degree jobs.

What Can You Do With a Political Science Degree?

Political science majors graduate with a range of transferable skills that lend themselves to many career paths, both within politics and outside of it.

Careers for political science majors can be found in the public sector, business and non-profit organizations. They can cover political analysis, media, marketing, law, education and public relations, to name just a few.

There are many entry-level roles available to those with a bachelor’s degree, but many choose to undertake graduate-level study to enhance their knowledge, quickly progress their career and, subsequently, achieve a higher salary.

The list below is not intended as career advice, but more of an introduction to some of the most popular jobs for political science majors, and how the skills gained from this degree subject are applicable in each case.

Average salaries listed are taken from the latest data available from Glassdoor.

Legal roles are ideal for political science majors as they make use of many of the transferable skills gained during your degree, including persuasion, debating, critical analysis and communication.

As an attorney with a keen interest in politics, you may choose to represent individual political figures, or work on behalf of campaign groups, political parties or lobbyists, researching and advising on legislation, assisting in the preparation of legal documentation, and, where necessary, representing clients in court.

Your understanding of political structures, and the social and economic consequences of policy initiatives, will give you a solid foundation for a career as an attorney working in the political sphere. You’ll also have the skills to confidently present constructive arguments that persuade and influence in your favor.

Your bachelor’s degree will be the first step on this career path. You’ll then need to sit the Law School Admission Test (LSAT), complete law school, typically taking three years on a full-time basis, and, in most cases, pass the relevant state bar examination.

The role of campaign manager is fast-paced and strenuous, but for those who want to be at the heart of the action, the campaign trail is the place to be.

This is possibly one of the most exciting careers for political science majors.

You’ll be involved in every aspect of a political campaign, including organizing and hosting events, recruiting volunteers, speaking at press conferences, acting as a point of communication for interested parties, drafting press releases and speeches, and even speaking on behalf of whomever you represent if and when they have prior engagements.

A political science degree will equip you with all the skills needed to handle these responsibilities, but above all, you’ll need to be a strong multitasker and display an unwavering commitment to your cause.

A bachelor’s degree is enough to qualify you for this career, but you will need to have demonstrable experience to get to managerial level, either through volunteer roles or an internship.

If you’re interested in using your political science degree to implement change at a more local level, you may want to consider the role of community service manager.

This involves overseeing and coordinating the work of community organizations and social-service providers.

On a day-to-day basis, you’ll be working with stakeholders within the community to identify areas of concern and implement programs to combat them, researching the effectiveness of existing services through data analysis, preparing funding proposals, and organizing outreach programs to raise awareness.

Though not the most obvious choice of jobs for political science majors, a community service manager with a political science background will benefit from the knowledge of campaign management, and how to implement effective policies that benefit society.

They will also make good use of their research, writing, critical analysis and communication skills.

This career can be incredibly rewarding, as you’ll be directly involved in improving the lives of some of society’s most vulnerable people, whether the homeless, the elderly, those dealing with substance abuse, or those living with severe mental health conditions. 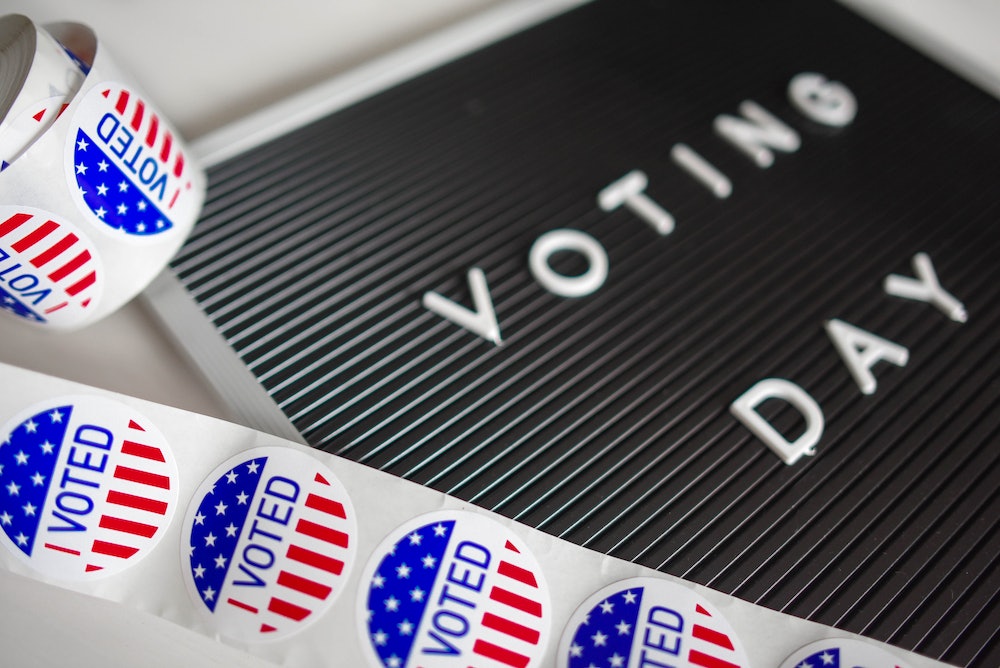 Another popular job for political science majors is that of legislative assistant.

This is a great choice if you want hands-on experience within a government setting without undertaking further education, as your bachelor’s degree and some relevant experience will qualify you for entry.

Legislative assistants are employed at all levels of government and assist legislators in their day-to-day responsibilities.

In this role, you’ll interact with constituents on behalf of whomever you represent, gauging public opinion on current issues and helping to resolve problems within the community.

Your understanding of politics will help you communicate clearly, and your writing skills will be beneficial when drafting legislation. You’ll also make use of your research skills, analyzing the success of current legislation and policy initiatives, as well as conducting surveys to determine opinion on forthcoming legislation.

This is a great springboard for anyone with aspirations of becoming an elected official themselves.

Market research may not seem like a natural progression for a political science major, but the role makes use of many of the skills you’ll have acquired.

The profession tends to be split into two areas – qualitative research and quantitative research – each with the end goal of assessing consumer reactions to products, services or initiatives.

Quantitative research involves high volumes of statistical data drawn from opinion polls and surveys, whereas qualitative research is more people-focused and conducted through face-to-face interviews and focus groups. Both disciplines make use of the same skills possessed by political science majors, through assessing public opinion in relation to political campaigns.

You’ll use your communication skills to present findings to key stakeholders, and your critical-thinking skills to make appropriate recommendations.

As a market research analyst, you may choose to work for a business, public organization or charity, or you may opt to work on a freelance basis, or with a consultancy firm.

During a political science degree, you’ll learn how policy initiatives are formulated and implemented, and develop an understanding of the potential impact they’ll have on society. This makes the role of policy analyst a natural progression for political science majors.

As a policy analyst, you’ll be responsible for investigating the effects of existing policies, making appropriate suggestions for improvements, and be involved in the development of new initiatives that deliver on objectives.

You’ll need to use your analytical and critical-thinking skills to examine efficacy, and your skills of persuasion to argue for or against policy implementation.

Depending on your area, a bachelor’s degree may be enough, or you may need to pursue a master’s to gain more specialized knowledge.

Due to the legal ramifications of some policy initiatives, it’s also not uncommon for political science majors to gain a law degree in preparation for this career.

Having spent their university career scrutinizing the actions of government and how these impact on society, political science majors are incredibly suited for careers in journalism, particularly in the sphere of politics.

A journalist’s job is to report objectively, which is where analytical and critical-thinking skills are of great value. Journalists also need strong research skills when consulting a variety of sources to inform their work.

In addition, because a political science major understands the relationship between the public and government, they can comment with authority on the state of society.

Most students who embark on a political science degree already have a keen interest in current affairs and an inquisitive mind, which are without question the top attributes required of a journalist.

The quickest road to entry in this field would be to minor in journalism alongside your political science major.

Also known as a lobbyist, a public affairs consultant uses their in-depth knowledge of the political landscape to inform clients of current issues and changes to governmental policy that could impact their organization, and to advise on appropriate courses of action.

To succeed in this role, you’ll need to apply your strong research skills to gather information from various sources, and your communication skills will be needed to present this information in an accessible, coherent manner.

As public affairs consultants rely heavily on personal contacts for insight, this is one of the careers for political science majors that requires excellent networking skills. You’ll need to be prepared to build and grow a contact list of trusted sources.

This is an exciting career that puts you right at the heart of change. It also gives you the choice to work in-house with a public- or private-sector organization, or for an agency that represents a range of clients.

The role of a PR professional is to promote the reputation of the company, organization or individual they represent, and to garner public support on their behalf.

They do this by creating influential campaigns, spotting media opportunities, and organizing press conferences and events. They also often speak publicly as representatives.

Political science majors are well suited to this career for many reasons.

Their studies will have taught them the subtle strategies involved in influencing public opinion, and they will have had great insight into what it takes to run a powerful campaign through their analysis of political activity.

They will also have the necessary persuasive writing skills, useful for compiling press releases, the ability to put forth a convincing argument, and the verbal communication skills to get people on board with their ideas.

This is one of the jobs for political science majors that offers great variety in itself. You may choose to work for a business, a charitable organization, a powerful individual, an authority such as the police force, or government at any level.

For better or worse, social media has become an integral part of politics. Almost every political leader and government official has an active presence online, and these people need to be managed and monitored, as do the profiles of various political parties and interest groups.

In politics, social media is all about influencing public opinion, something political science majors will have focused heavily on in their studies.

It also involves strategic campaign development and management, persuasive writing skills, and data analysis, all of which students will have learned throughout their course.

In addition, social media has a strong ethical element, particularly in a political context. What is said, and how and when it’s said, all need careful consideration to ensure no boundaries are crossed, and any third parties are treated with respect.

As ethics is a core module of the course, a political science major is a good starting point for this career.

A political science degree is a great option for anyone with an interest in current affairs, structures of government and how public opinion is formed.

Across the course of your studies, you’ll gain the theoretical knowledge that underpins the core aspects of politics, as well as transferable practical skills suited to the broad range of careers for political science majors.

Whether you choose to enter government, use your skills to implement change in a business or social context, or follow a path outside of the political spectrum, you’ll find plenty of options available on graduation.

Or explore the Jobs & Careers / Jobs by Major sections.