Saying 'Happy work anniversary' to a colleague may seem like an obvious or even trivial thing to do. So much so that people often forget to do it – or they’re not sure what to say.

The purpose of sending work anniversary messages to a colleague or employee isn’t only a way to say thank you. It can go a long way to making them feel valued as an employee.

Most people may recognize an employee or boss’s 10-year or 25-year work anniversary. But you can also send a happy work anniversary message to a colleague or employee who has been with a company for six months, one year, five years or longer.

Why Should You Send a Work Anniversary Congratulations Message?

Just as you would send a welcome email to a new employee to make them feel welcome, a happy work anniversary message makes an employee feel valued.

It is good manners and a kind thing to do.

But there are many other benefits to work anniversary messages:

How to Format a Work Anniversary Message

There are many formats to use when sending a ‘congratulations on your work anniversary’ message.

First decide whether you are sending the congratulations message by letter, email or a card.

Other factors to consider are:

Consider the employee’s personality when it comes to work anniversary messages. Are they a private person who may not like lots of attention? Or are they open when it comes to celebrating milestones?

Taking into account an employee’s personality when writing a work anniversary message can ensure it is well received.

How to Write a Work Anniversary Message

When writing a happy work anniversary message consider the tone of the message. Your tone should be positive and personal.

Keep in mind who you are congratulating. Is it your boss, an employee or a colleague? When writing your work anniversary message adapt your wording accordingly.

Remember to address the person according to your professional relationship with them.

Be complimentary about their achievements. Be grateful for their accomplishments and positive about any future contributions.

Saying happy work anniversary may at first seem easy. But when you come to write the message, finding the right words can be difficult.

Like writing an email or a thank-you message, work anniversary messages need to have a beginning, middle and end.

Here is a format that can be used when writing work anniversary messages:

The first paragraph is an opening that states the purpose of your message. Start the message with congratulations on their work anniversary at the company or as part of the team.

The second paragraph is a thank-you for what they have achieved during the time they have been with the company.

Be as specific as possible about their achievements. This shows that you are aware of their accomplishments and value them.

The third paragraph is the middle part of the message. Point out the good qualities that you feel their accomplishments or contributions show.

Remember to keep it professional and work-based. 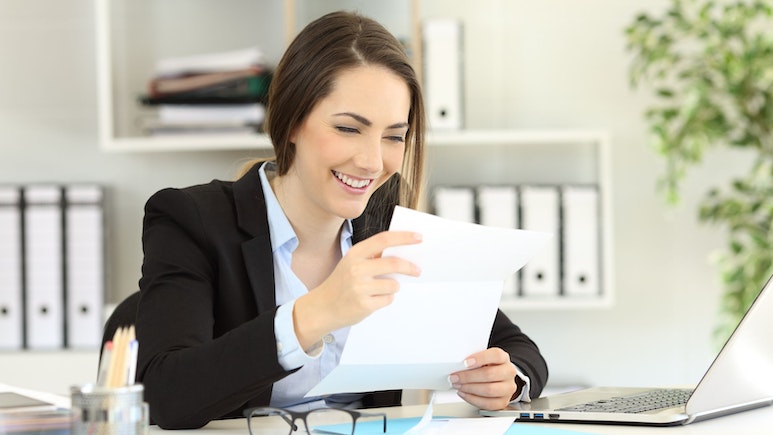 How to Send Congratulations for a Work Anniversary: Good Practice Examples

The fourth paragraph focuses on what particular difference their contributions have made.

Including measurable outcomes are best here as it shows you are aware of and value these.

The fifth paragraph is an opportunity to repeat your congratulations. To say thanks, and sign off your happy work anniversary message.

Here are some ways to close a work anniversary message:

Here are four template work anniversary messages that can be used:

Congratulations on your fifth work anniversary with us. We wanted to take this opportunity to say a massive thank you for all the hard work and dedication you have shown Seaside Resorts these past five years.

The expertise and leadership that you brought to the recruitment change project two years ago made a real difference to the outcome of the project. Many of our clients still comment on how helpful you were in answering their many queries. Over the past five years, you have grown your team. You continue to receive feedback on how inspirational you are as a manager. For this, you should be incredibly proud.

You bring humor and hard work to every project you work on. Your helpful and cheery personality has helped increase the company’s employee satisfaction survey results from 79% to 89%. You only have to look at your own team’s morale scores to see this!

You are an asset to this organization. Thank you for your many achievements over these past five years. We look forward to having you as part of the company for many more years to come.

Everyone at Seaside Resorts

You’ve had many successes during your twenty years with us. From building a sales team to work with you, to taking over the reins and leading the production team in Roger’s short-term absence.

The company has grown from five people to 5,000 people during your 20 years with us. You have been an integral part of the company’s growth and success over these past years.

Your continued loyalty to the company hasn’t gone unnoticed. Nor has the enthusiasm you bring to work every day. You have taken on five new clients these past two years. Each one speaks highly of you as someone who is knowledgeable and friendly.

We wanted to mark your twenty years of dedicated hard work and service to us. I hope that you will accept this gift as a token of our appreciation and thanks.

Congratulations again, Donald, on your 20-year work anniversary with us. Heartfelt thanks for your continuing service to Hampton Holdings.

Henry Hampton and the rest of the Hampton Holdings team

You joined us five years ago today – happy work anniversary!

The past five years have seen you achieve so much with Mertons. From growing your team to winning the January 2018, February 2019 and December 2020 Employee of the Month award.

Your customer service is second to none, as shown in some of the customer feedback that you have received over the five years you have been with us. Your drive and enthusiasm are clear to see and you are a great role model to your fellow team members.

We hope you are aware of how much we value your loyalty to Mertons. We couldn’t let this day pass without saying congratulations.

The team at Mertons

We heard that it was your 10-year work anniversary today. As your team, we couldn’t let this day pass without sending congratulations!

We know you have had some big wins at the Gault Group, one of them being your recent promotion to director.

To us, you are an inspirational leader. Approachable and supportive are the words that we would use to describe you. You are always on hand to provide advice. We valued your guidance with the recent restructure in the department. Your support in reassuring us with redundancy outcomes made the whole process easier.

Congratulations again on your 10-year anniversary, we are proud to be part of your team. Here’s to another 10 years with you as our team leader.

We all appreciate others recognizing and celebrating our milestones.

Sending a work anniversary message is a way of congratulating an employee on their work milestone. It is also a way of sending them some goodwill. It enables you to show your appreciation of their achievements.

It is also a good motivator for both the employee and others around them. Work anniversary messages encourage loyalty.

They show that an employee’s efforts are recognized, reaping the benefits of a happier team. While it may seem like a simple thing to do, it can make a big difference to the employee and other team members. 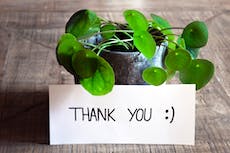 How to Write Out-of-Office Messages for Any Situation 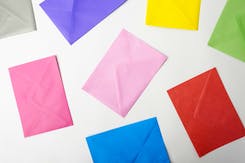 How to Format a Business Letter