Professional progression is an aspiration for most people. Essentially, what this entails is climbing the steps of the corporate or career ladder.

What Is a Career Ladder?

A career ladder is a metaphor for an organization’s internal structure. Each rung on the ladder represents a position within the company, with entry-level roles at the bottom and levels of seniority at the top.

As an employee climbs the career ladder, they achieve what is referred to as career growth.

With each step (or more accurately, each promotion) they acquire more responsibility and authority, and usually, a higher-level salary.

In many cases, a career ladder is a formal structure – a clear path that employees will follow throughout their professional lives.

Where this is the case, it usually involves continuous training and employees may even be required to sit and pass accredited examinations to further continue on their journey.

This is a basic career ladder definition. In reality, working your way to the top of your career ladder takes more than a few simple steps. It requires ongoing development, hard work and commitment.

What Types of Job Might Have a Career Ladder?

Whilst progression and career growth are available in almost every industry, some have clearly defined career ladders.

These are typically industries in which on the job training is the norm or industries that operate under employment bands.

In other sectors, progression is not so finely tuned. For example, the creative industries often operate a more flexible approach to career growth and, whilst they exist as a metaphor, career ladders here a less formally structured.

What Are the Benefits of Career Ladder Programs?

Where a company operates a structured model of professional advancement, it is known as a career ladder program. These are beneficial from both an employer and an employee perspective.

For the employer, they:

For employees, the benefits of a career ladder program include:

As a career ladder example, take the world of investment banking.

Typically, a graduate fresh out of college will start as an analyst.

After three years in this role (as an average) and with further on the job training, they would progress to the level of associate.

They will carry out most of the same responsibilities as they did as an associate but will have a small team working below them, and a higher salary to match their increased authority.

Associate roles often last between three and four years, and if the individual shows commitment and promise, they may then advance to a director position, or vice president overseeing the work of several associates and analysts.

From here, they may move up to an executive director, and after several years in the job, might even reach the position of managing director with a salary to match.

Of course, it’s not as easy as it sounds. Investment banking is a competitive sector that comes with a lot of pressure, but it’s a good example of how a career ladder program works in practice. 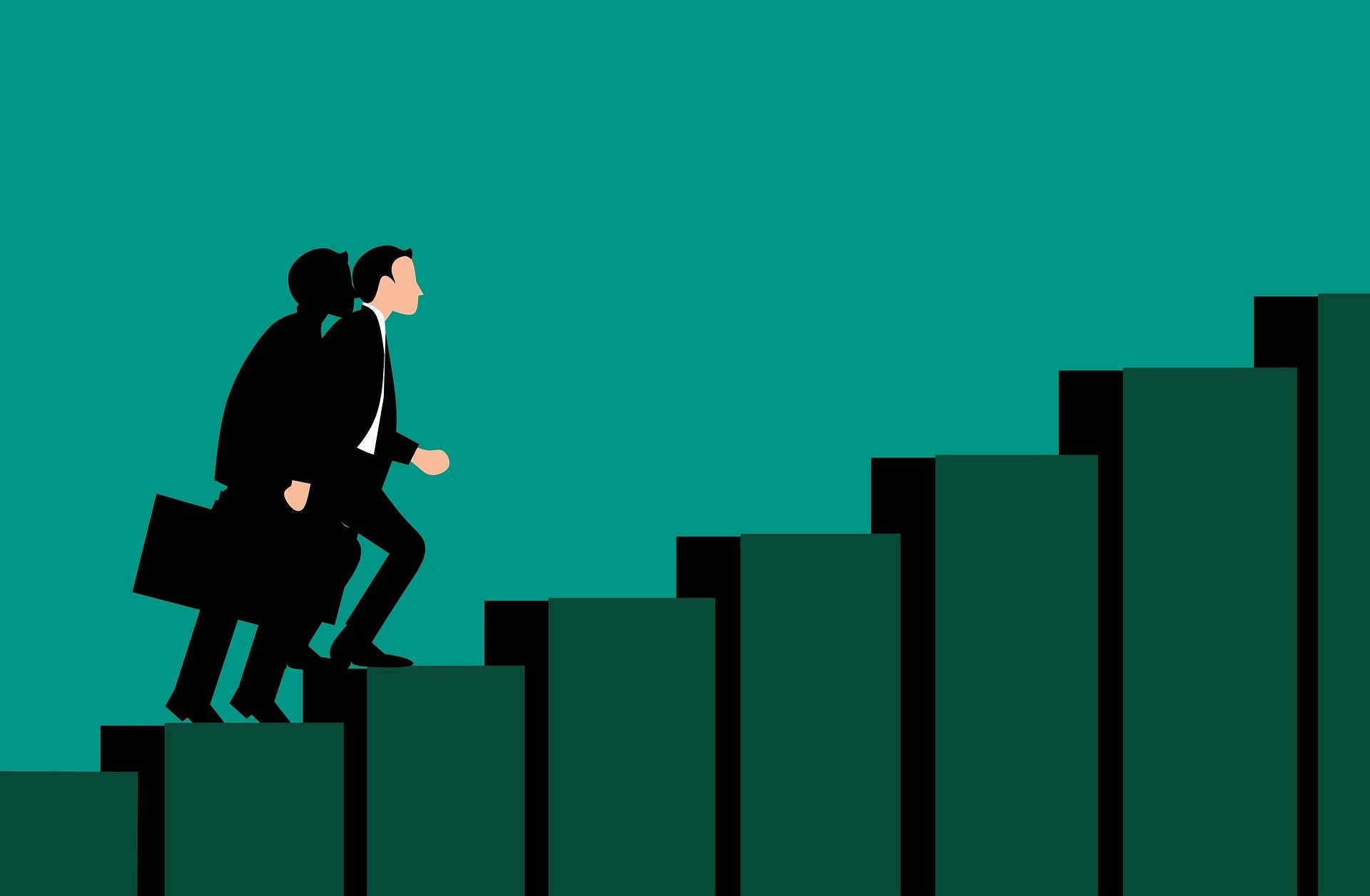 How to Climb a Career Ladder

Climbing the career ladder takes motivation and dedication, but it also involves thinking outside of your own aspirations.

Follow the tips below to make the most of your growth potential:

The first step to climbing the career ladder is to know where you want to go. There’s no point working for a promotion for promotion's sake, it needs to be aligned with your long-term career goals.

Not everyone has their sights set on the very top. You may only want to climb halfway up. If your ambitions are to achieve the highest level attainable in your profession, it might not be possible within your current organization, as the higher up the ladder you climb, the fewer the chances of promotion.

For example, a firm may hire several junior accountants, employ a handful of senior accountants and have a single chief financial officer. Those who reach the top tend to stay there for a long time, so it may be you need to prepare to move to a new employer.

Knowing what your end goal is will help you determine the steps by which to get there.

Now you know where you want to end up, you need to focus on how to make it happen.

Career development is all about the improvements you make in your professional life, whether they be new skills and abilities, better communication or a wider network.

These improvements make up your short-term career goals. These are objectives achievable in the near future that show you’re ready and capable of increased responsibility.

Be strategic with these goals. Make sure your career development opens up opportunities for growth.

Just because you’re in a company that operates a career ladder program, doesn’t mean you’ll be automatically considered when an opening becomes available.

Make sure your employer is aware of what you want to achieve, so when the opportunity does arise, you’ll be on the list for consideration.

You should also keep your managers in the loop with your short-term goals. Not only will they be able to help you with them, but it also shows you're putting in the time and effort to improve your abilities.

Putting your professional agenda before anything else is a sure-fire way to alienate your colleagues, and those that don’t work well as part of a team are likely to be overlooked when it comes to promotion.

Instead, focus on the goals of the company you work for and support those around you in a collaborative effort.

Even better, if you can engage, motivate and inspire them, you’re demonstrating strong leadership skills that employers will be keeping an eye out for.

It might be that you end up helping someone you see as direct competition, but it’s always better to have the company’s best interests at heart than appear to be in it for yourself.

Climbing the career ladder means setting yourself apart from the competition. Those who do the bare minimum in their work, and don’t look to take on extra responsibility, will quickly fade into the background.

Stand out by being proactive, exceeding expectations and bringing new ideas to the table.

If there’s an important deadline looming and your part is complete, take your transferable skills to another department to lend a hand.

You may feel that your efforts go unnoticed, but when an employer looks back at your performance, they’ll see that you’re someone willing to put in the leg-work to get the job done.

6. Work on Your Key Competencies

If your company operates a career ladder program that involves ongoing training, don’t see this as the sole focus of your development.

You should also take the time to work on key competencies like communication, organization and decision making.

Remember, you’re not the only one that’s likely to be in the running for the next promotion so the more you can do to prove yourself worthy, the better. Knowledge is important, but interpersonal and broader business skills are also a huge benefit.

It’s easy to assume that because you’re in a role that offers progression, you don’t need to put in the effort to build an external network.

Avoid this trap. You may one day reach the end of the road with your current employer and if you’ve failed to make connections in the wider business world, you’ll be miles behind those that have.

Make networking a regular activity. This could be at physical events or via digital methods. Be sure to brush up your LinkedIn profile and get active online.

The more people you engage with regularly, the better placed you’ll be to look for opportunities elsewhere should the need arise.

8. Be Assertive, But Not Aggressive

It’s important to show that you’re ambitious and to grab every opportunity with both hands, but not to the detriment of your working relationships.

Don’t trample on your co-workers in an attempt to climb the career ladder first. If you’re committed and dedicate yourself to hard work and personal development, your efforts will be recognized.

A professional life without ambition is often unfulfilling. It’s important to keep yourself motivated by looking forward and working towards greater achievement.

Career ladders give structure, provide clear routes for progression and help you realize your ambitions with measurable objectives. 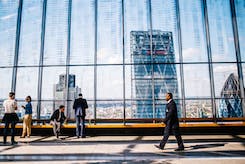 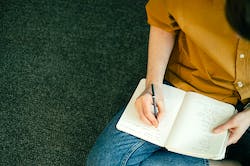 How to Set Short-Term Career Goals

How to Use Career Exploration

What Is a Career Exploration Test? 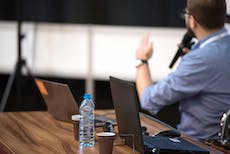 How to Use Upskilling to Progress in Your Career 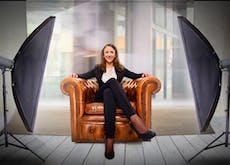 The Different Types of Job Titles 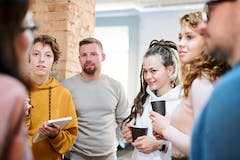