When you are a student, worrying about money can be a major distraction from your college and university education. That is where a student overdraft can prove useful.

What Is a Student Overdraft?

An overdraft is a facility provided by your bank that allows you to access more money than you have in your account.

Generally, there will be an agreed maximum that you can spend, and you will be charged interest and fees while your balance is overdrawn.

An overdraft is, in essence, a loan.

Should you spend more than the agreed overdraft amount, you will enter an unarranged overdraft.

While the interest and fees may not change from an arranged overdraft, you may be given a deadline to pay back the unarranged level of overdraft debt.

A student overdraft is available to students at college or university.

The main difference between a standard overdraft and a student overdraft is the level of interest and fees charged.

Many student bank accounts offer low or 0% interest on overdraft balances and reduced or zero fees.

This means that while you are still borrowing money that has to be paid back, you do not have to worry about incurring interest or fees additional to that debt.

The maximum amount of your student overdraft will generally depend on your credit rating and what year of your studies you are at.

The exact conditions of your student overdraft will vary depending on the country where you live during your studies.

Therefore, it is always advised to fully research a range of student bank accounts before making a decision.

What Is a Graduate Overdraft?

A student overdraft should not be confused with a graduate overdraft.

A graduate overdraft is provided to people who have completed their graduate studies and are ready to begin their careers.

For the first one or two years after you graduate, a graduate overdraft may still offer low or zero interest and fees.

However, the bank is likely to gradually reduce your overdraft maximum limit.

Does a Student Overdraft Affect Your Credit Score?

Generally, a student overdraft will not affect your credit score unless you regularly go into an unarranged overdraft or your bank refuses to make payments because of your level of overdraft debt.

However, should you fail to pay your student overdraft back after you graduate, this may have a detrimental effect on your credit rating.

You can protect your credit score by using your student overdraft sensibly and paying it back as soon as you can.

What to Consider When You Have a Student Overdraft

Once you have opened a bank account, it can be tempting to take advantage of your arranged student overdraft soon and regularly.

However, careful handling of your finances is important; therefore, you might find it useful to keep these five factors in mind:

1. A Student Overdraft Is a Loan

The bank will make it easy for you to access your student overdraft, whether you do that intentionally or by accident.

However, do not lose sight of the fact that this money is not yours. You are borrowing it from the bank and building up debt.

If you want to stay on a stable footing financially and protect your credit score, you will have to pay back your overdraft balance at some future point.

The bank is happy to offer you an arranged student overdraft with a set maximum amount and generally zero interest or fees.

Keep track of your spending to stay within your arranged overdraft and avoid extra fees.

3. The Interest-Free Period Is Not Forever

Your student bank account and overdraft are only relevant while you are a student.

Once you graduate, the low interest and fee rates on your overdraft will eventually come to an end.

Generally, you will be expected to pay back your overdraft within two years of graduating.

Your credit rating affects almost every aspect of your financial dealings as an adult, from the car you want to buy or lease, to renting a house, taking out a mortgage, or in some cases, even being accepted for a job.

It is imperative that you, therefore, do everything you can to protect and improve it.

This is why it is important to handle your finances, including how you use your overdraft, with care.

5. You Do Not Have to Use Your Overdraft

The bank may have been kind enough to make a student overdraft available to you, but you do not have to use it.

If you can afford to spend your own money only and still live comfortably, then do it.

Try to see the student overdraft as a financial safety net instead of a bigger purse. 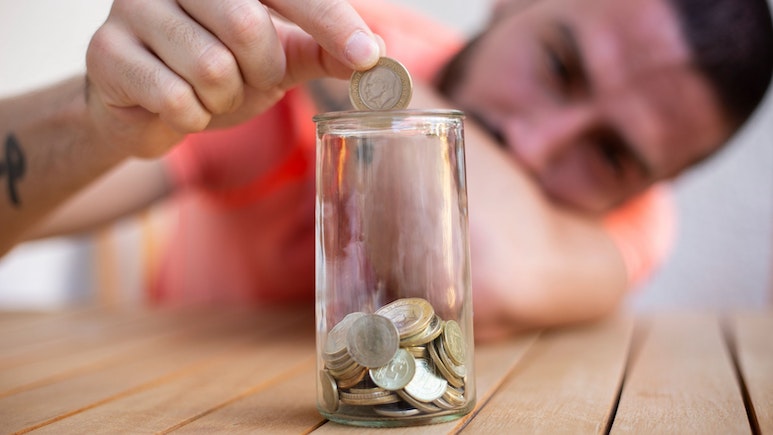 How To Stop Being Stuck in Your Student Overdraft

How to Clear Your Student Overdraft

Once you have finished your studies and graduated, the low or zero interest and fees charged on your student overdraft will eventually come to an end.

In their place, standard overdraft interest and fees will be applied, adding to your overdraft debt.

The additional interest and fees could even mean that you exceed your overdraft limit and go into an unarranged overdraft which will ultimately damage your credit rating.

There are three main options to clear your student overdraft:

Reduce Your Overdraft Limit as You Save

Open a separate savings account and build up the money you need to pay off your overdraft a bit at a time.

Eventually, your bank account will have no arranged overdraft, and your debt will be cleared.

Save and Pay Off in One Lump Sum

This option works best if you can take advantage of the low or zero interest and fee rates of a graduate account for the first couple of years after you finish your studies.

If you can save enough money to cover your overdraft balance during that time, you will be able to pay off your student overdraft in one lump sum before standard overdraft interest and fees begin.

Open a New Account and Pay Off in Instalments

The final option is to leave the bank account and its related student overdraft dormant and open a new bank account for your financial dealings.

In the same way that you would clear a standard loan, pay off your overdraft in installments by transferring from your new bank account.

Top Tips to Manage and Clear Your Student Overdraft

The best way to manage your student overdraft is to establish a sensible approach to money from the very beginning.

The money coming in could be:

Note when you will receive this money, and if relevant, how often?

Money going out is likely to be:

Write down anything that you spend money on.

Compare your monthly costs with your monthly income. With any luck, the first figure is lower than the second. If not, you may have to alter how you are spending your money.

You now know how much money you have coming in each month. Some of your regular outgoings will be beyond your control, for instance, rent or the cost of a bus fare.

However, for other expenses such as groceries or the cost of nights out, you can decide how much you spend by setting a budget.

For example, as a single person, you could set a monthly budget of $300 for groceries.

When it comes to entertainment, you could work out how much you usually spend on a night out and set yourself a reasonable budget that allows you to have a social life within your means.

Once that budget is reached, whether for entertainment, clothes shopping or groceries, do your best to refrain from spending any more in that category until the following month.

Need help with budgeting? Read How to Create a Monthly Budgeting Plan.

Get into the habit of living within your means by asking yourself the following questions before you make a purchase:

Make sure that your spending gets you the best value for your money.

Whether you are a student or a graduate, setting aside a little (or a lot) into savings accounts every month can provide you with a financial buffer should an emergency bill drop through your letterbox.

Be Honest About Your Spending

Handling money sensibly can be a difficult discipline to develop; however, it is an important skill that will serve you well throughout your life.

It requires that you take both a detailed and an overall look at your financial situation. It also requires complete honesty.

If you add every income and expense detail to your spreadsheet, how healthy is your spending? Do you see a trend for dipping into unarranged overdrafts regularly?

Do you find yourself short of money to spend on groceries and travel because you spend more than your budget on other areas of your life?

As a student, the only person you should be accountable to financially is yourself.

If your spending is out of control, you may find yourself answering your bank manager or debt recovery agents too.

Know the Details of Your Overdraft

Before you open your student bank account, check details such as:

Compare several student bank accounts to find the right one for you and keep up-to-date with any changes the bank may make.

A student overdraft does not have to be a door into debt if you handle it with care and learn how to sensibly manage your money.

WikiJob does not provide tax, investment or financial services and advice. The information provided is for general reference and you should not rely on it to make (or refrain from making) any financial decisions. Personal situations will vary. Always seek independent financial advice when choosing how to manage your finances.

How to Save Money

How to Create a Monthly Budgeting Plan 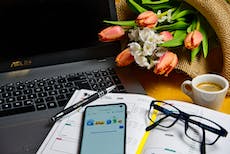 10 Part-Time Jobs to Boost Your Income

Frugal Tips – How to Live Frugally