How to Navigate Your First Networking Event

How to Navigate Your First Networking Event

Business networking is a natural skill for some. For others, it’s a daunting prospect that fills them with dread.

If you’re of the latter persuasion or are new to networking events, read on for a guide on what to expect and some networking basics to help you navigate your next event with success.

What Is a Networking Event?

Networking events are organized opportunities for professionals to gather under one roof, mingle and make connections valuable to their career development.

People attend networking events for different reasons. Some may be small business owners looking to attract new clients, whilst others may be on the hunt for new employment opportunities.

Networking events are also a great way to learn more about your industry, discussing current trends and sharing ideas with like-minded individuals, or to meet experienced professionals that can offer ongoing support and mentorship.

Whatever your end goal, the nature of networking events remains the same. They’re not about the hard sell. They’re about introductions, interactions and relationship building.

It is never too early to make networking a part of your agenda.

A careers fair, for example, gives students the chance to build a rapport with employers, as well as picking up a few networking tips that will help them at future events.

Why Are Networking Events Important?

Some of the best career opportunities come by way of referral, which is why networking is such a popular activity with professionals.

Unlike online networking through social platforms, face-to-face events allow for real human connections to be made.

You can build a rapport with someone in a matter of minutes when you’re in the same room. Online, it’s virtually impossible to establish the same sort of relationship.

Whilst they should be enjoyable, it’s important to approach networking events professionally.

This is your opportunity to make a name for yourself, not just with the people you meet but with any of their existing connections that may prove beneficial to your career plan.

In taking the right approach and mastering networking basics, you’ll create a great first impression, build lasting relationships of real value and broaden your horizons in the process.

What Can You Expect at a Networking Event?

There is no set structure for a networking event – they come in many different forms.

The main thing to note is that you will never be thrown into a room and just expected to get on with it. Even the most casual event will include some sort of introduction from the organizer or event lead.

As for what will be expected of you – this varies.

If you’re attending an event hosted by a networking group, usually by way of invitation from an existing member, you may be asked to introduce yourself to the room alongside other guests.

This may be a little intimidating, but the bonus is you address everyone at once so won’t have to repeat the basics once the real networking begins.

If the event is less structured, there will usually be some sort of ice breaker, like a light buffet or drinks reception to ease you in.

After that, it is really a case of diving straight in and introducing yourself to people. If you’re nervous, try looking for someone standing alone.

They probably feel the same way, but once you’ve got a conversation flowing between the two of you, you’ll both feel much more relaxed.

Your first-ever networking event can be a nerve-wracking experience. Not only do you want to appear calm and confident, but you also need to focus on the correct etiquette and ensure your attendance is a productive use of your time.

Here’s a rundown of networking basics to help you on your way.

Creating a good first impression is key to successful networking, so make sure you’re suited and booted appropriately.

For most networking events, a business casual approach is ideal – something smart and well-fitting, but not so formal as to make you appear unapproachable.

It is also wise to choose an outfit that you are comfortable in or, even better, something that makes you feel confident.

If you feel restricted by what you’re wearing or it makes you uncomfortable in any way, this will come across in your interactions.

It may sound like one of the most obvious networking tips, but so many people arrive unprepared.

Your intention should be to leave a positive lasting impression on people in the hope your relationship develops into opportunities.

A business card not only displays your contact information but it also acts as a physical reminder of your meeting.

So, take plenty of them, and hand them out at every opportunity.

You should also make sure you are prepared to receive business cards.

Have a dedicated place for them as part of your outfit, like an inside pocket or compartment in your wallet or purse. You might consider investing in a mobile scanning app that lets you scan and save information straight to your phone.

You could consider putting a QR code on your business card, linking to your personal professional website, to further integrate with the mobile digital environment.

Even if you do not feel like an experienced professional or are not in current employment, a business card is still beneficial. With a little ingenuity, anyone can create a design that sparks the interest of new connections.

One of the top networking basics is to go in with a plan.

Do your research to understand how the event will run and what its main objectives are. Use this to create a list of things you hope to achieve whilst you’re there, whether it’s a set number of new connections or a greater insight into trends related to your field.

Many events will have a list of attendees available prior. Where this is the case, study the list carefully and make a note of people you’re interested in talking to.

If there’s someone in particular you think may hold the key to one of your long or short-term career goals, research them further so you can plan a conversation starter that gets their attention. 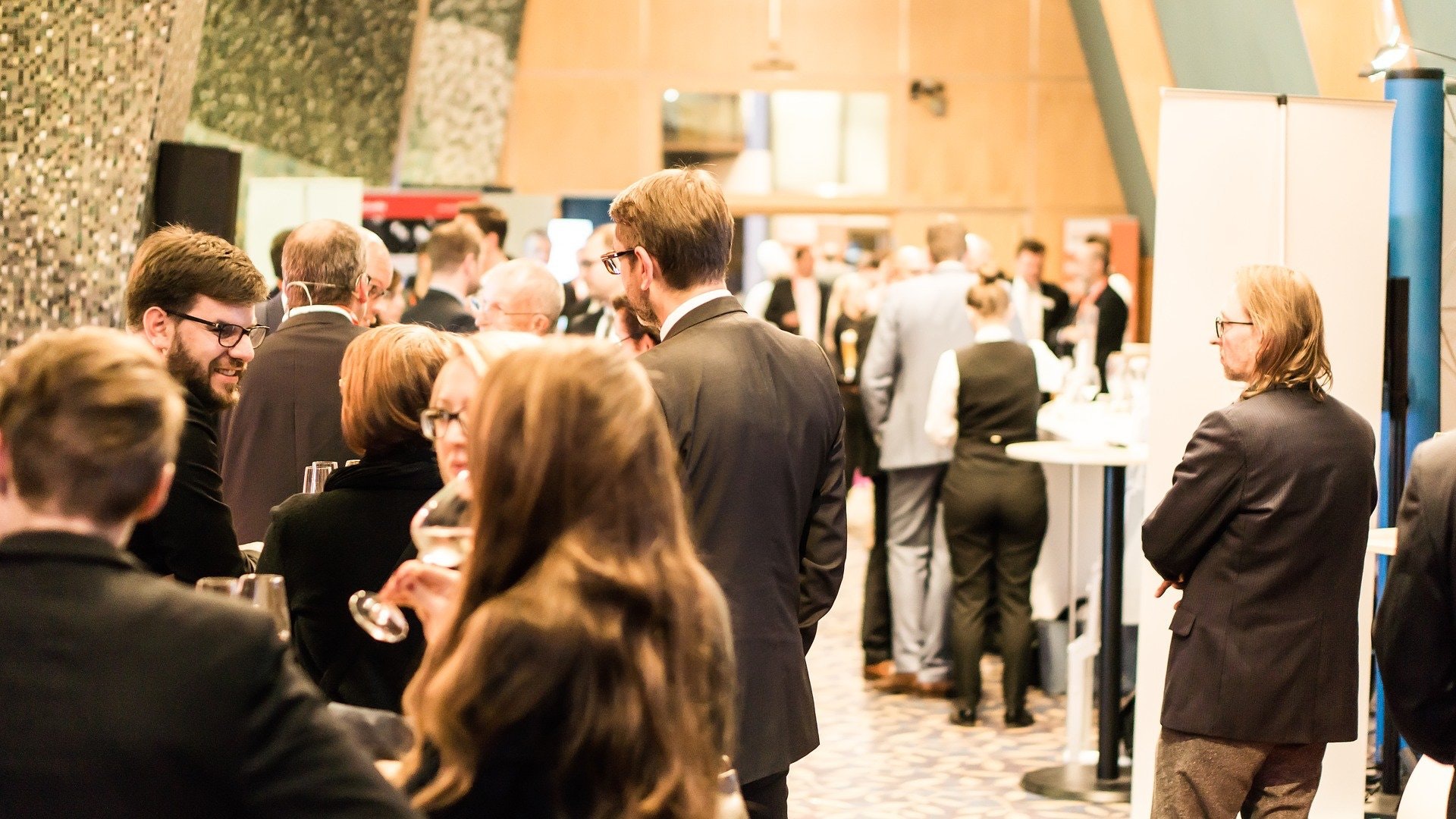 One of the biggest mistakes you can make at a networking event is thinking that putting on a pretense will be a bigger benefit than simply being yourself.

Remember, networking is about building a rapport with people; if you’re pretending to be someone you’re not, any rapport you do create will be false and short-lived.

Those experienced in business networking can also spot a fake from a mile away, and they won’t think kindly of you for it.

Try and relax and present the best possible version of yourself. You’re far more likely to make meaningful connections this way.

5. Have Conversation Starters Up Your Sleeve

The art of business small talk can be tricky to master but it’s an important skill to have for networking events.

Your first event will be a learning curve and it is likely your skills won’t be quite on par with others yet.

To avoid any awkward silences, prepare a few conversation starters you can rustle up when needed.

These don’t have to be groundbreaking questions. It could be something as simple asking someone about their business or role within it.

If the event involved a presentation or seminar, you could use this as an opening topic of discussion.

Of course, if you can think of something really engaging then that is great, but this will be specific to the type of people you will be conversing with.

Don’t panic if you are a little shaky at first, that is normal. The more you engage in it, the better you get at business small talk.

6. Be Attentive to Others

Another mistake commonly made at networking events is dominating a conversation and not actually engaging with the person in front of you.

As humans, we can all be guilty of enjoying the sound of our own voice a little too much at times, but when networking, it is important you put your communication skills to best use, promoting a two-way dialogue.

Listen, ask questions and show interest in what others have to say. You are here to build relationships, after all, and that can only be achieved through attentiveness and genuine curiosity.

You’ll likely talk to a lot of new people at your first networking event, and whilst business cards can remind you of names, companies and job roles, they won’t provide specifics on what was said between you.

Take time to find a quiet corner and jot down any notes valuable to moving a relationship forward. Ideally, bullet point key takeaways on the back of the relevant business card for quick reference.

Otherwise, take a smart-looking notebook and ensure you accurately connect names and what was talked about. Your memory is not infallible.

This is important for building your connections post-event. However, make sure it doesn’t take up too much time. Keep working the room as your main point of focus.

8. Use Your Elevator Pitch

Networking events aren’t long, drawn-out occasions. They’re brief and only present you with a small window of opportunity to make your mark.

With that in mind, it is important to prepare, practice and perform your elevator pitch.

This is a key networking tool. If someone asks you what you do, you should be able to sell yourself with an engaging speech of no more than 60 seconds.

An elevator pitch can be crafted for both business and personal objectives. The trick is to deliver it in a way that doesn’t sound scripted but flows naturally as part of a conversation.

This takes practice, so be sure to try it out on several people before your networking event. Ask friends and family members for genuine feedback.

9. Move on Politely, but Regularly

Attending a networking event and talking to a single person for its entirety defeats the object. You need to spot when a conversation has run its course and move on with a polite departure.

This is perhaps the trickiest part of networking events, even more so than beginning a dialogue in the first place.

However, everyone is in the same boat. They’re all there to meet new people so you shouldn’t feel guilty about parting ways and approaching someone new.

At first, this may feel awkward but, as with most of our networking tips, it will become natural with experience.

The event itself is only the start of building your network. Once it’s over, you need to keep in touch with any new connections and build on the relationships.

It’s fine to send follow-up emails, particularly if there was something specific that was left open for further conversation, but you should also look to connect on LinkedIn.

However, avoid sending generic requests. Personalize each one to the recipient with something relevant from your meeting.

If they accept your request, engage with their posts and be sure to stay active on your own profile. This will keep you in their thoughts, which is beneficial should an opportunity arise in the future that suits your goals.

Whatever stage you’re at in your career, networking events are valuable opportunities to expand your professional horizons.

From new business or employment opportunities to increased knowledge, new contacts and even new friends, they offer a host of benefits as well as boosting your confidence and professional communication skills.

Networking may not come naturally to you. In some cases, it might even be your worst nightmare. However, once you overcome your fears and step into the networking scene, you could find it becomes something you actually enjoy, particularly when you start seeing results and realize how powerful personal connections can be.

How to Make a Great Elevator Pitch 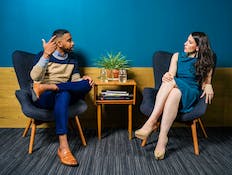 Effective Communication Skills – The 10 Things You Need to Know 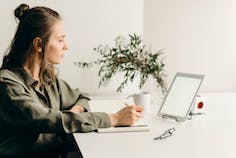 How to Introduce Yourself