Aptitude tests have been a fundamental part of the graduate recruitment process for decades.

Here at WikiJob, we’ve written countless articles about what they entail, methods to prepare for them, and how to do your best in the actual test.

But recently we got to thinking: how do the people who have to take them – you – really feel about them? Are they a useful barometer of ability, or a pointless hurdle that needs to be gotten over, either by diligent practice beforehand or perhaps even by cheating?

So we compiled a survey, asking you for your opinions, and almost 300 of you answered.

Here’s what you said: 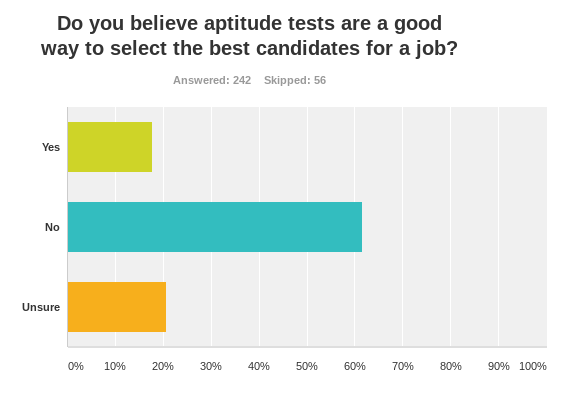 That’s right: 63% of you don’t believe aptitude tests are an effective means to select the best job candidates. A pretty damning response. Only 18% of those surveyed thought they were a useful element in the hire process.

Over 20% of graduates have either cheated at aptitude tests, or considered it. 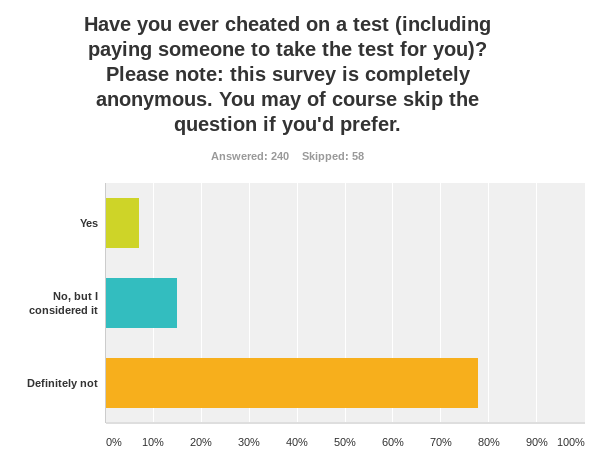 OK, so only 7% of those polled admitted to cheating (we suspect the real number might be higher) but a further 15% of you said they had considered it.

The main method of cheating, cited by 60% of respondents, was getting another person to take the test for them. The next most common method (18%) was finding a way to access the bank of answers for the test they were going to take.

Of those who did cheat, 90% believe the outcome of doing so was positive.

When asked, 88% of respondents stated that cheating had a positive outcome for them (presumably, that they passed the aptitude test in question). Who says that cheaters never prosper? 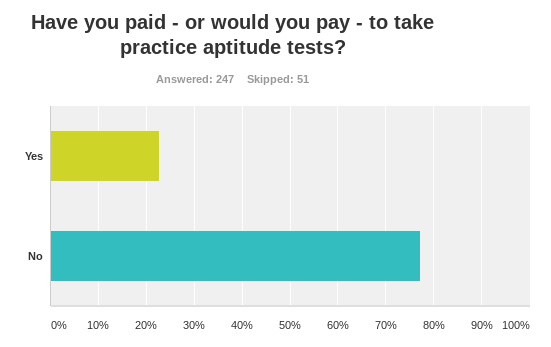 A neat 60% of those surveyed said they practised in advance, with 40% opting not to. However, practising seems like a good idea, given that 64% of you found it useful to do so.

Most candidates (77%) prefer to practise using the free tests available online or provided by university careers services. Fewer than a quarter are willing to pay for the premium test packages offered by the likes of Assessment Day and JobTestPrep (the two most popular providers, according to the survey).

At the other end of the spectrum, 78% of you considered verbal reasoning tests to be of average difficulty or easier, followed by situational judgement tests, at 65%.

Here’s a handy infographic that shows the full survey findings: 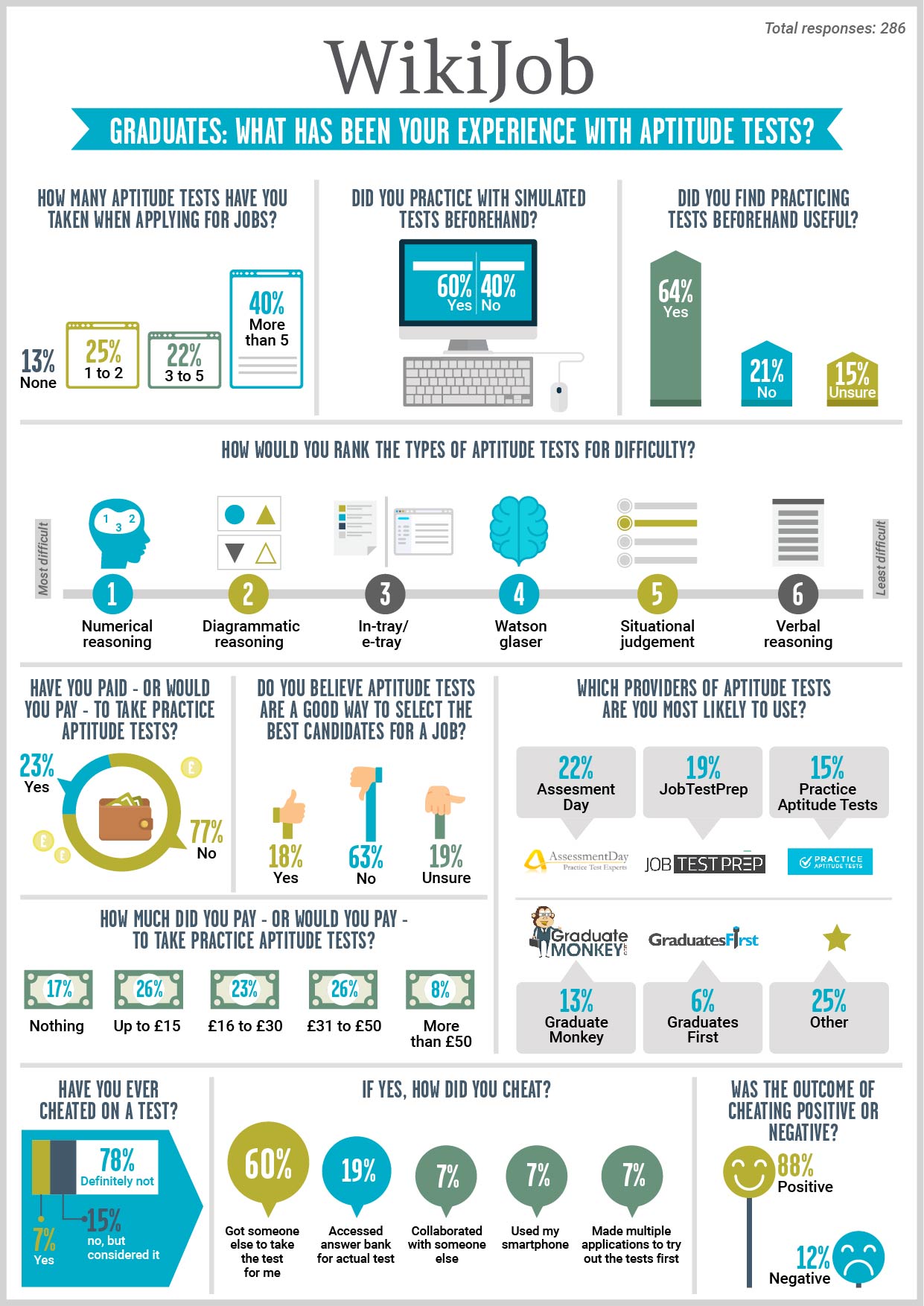