Survey: How do graduates feel about the UK leaving the European Union?

On 23 June 2016, the UK voted by a margin of 52% to 48% to renounce its membership of the European Union. That decision came as a shock to many, and financial markets were thrown into turmoil in the immediate aftermath of the vote, as financial analysts and economists tried to work out what would happen next.

Many graduates are now left wondering: how will this affect their chances of getting the job that they want? Could this be a repeat of 2008, when the recession caused graduate recruitment numbers to fall by nearly 25%?

Much has already been said on this subject by economists, recruitment agencies and HR representatives of major employers. So we thought we’d turn to graduates themselves, and find out what their perceptions are. We ran a survey to find out and asked 800 graduates their opinions, segmenting their responses by UK citizens, EU citizens and non-EU citizens.

And here’s what you said:

77% of UK graduates polled voted to remain in the EU.

No surprises here really: WikiJob's audience is primarily in the 18-24 age group, 73% of whom voted to remain (source: http://www.bbc.co.uk/news/uk-politics-36616028). Our poll showed a very similar preference to stay in the EU. 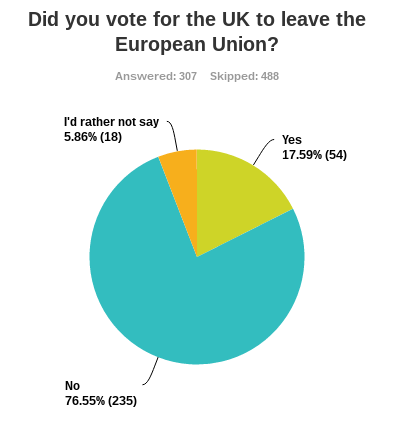 83% of EU graduates polled were surprised that the UK voted to leave.

Graduates from EU countries outside of the UK certainly had a bit of a shock when they awoke on 24 June and saw which way the vote had swung: 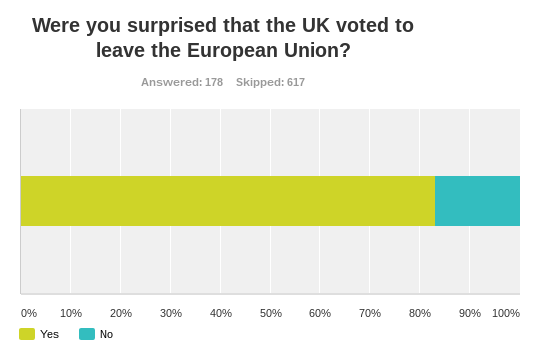 39% of UK graduates polled think it will be much more difficult to find a job after the Brexit vote.

The concern among UK graduates is evident: almost three-quarters of them believe that their job prospects have become worse now that the UK has voted to leave the European Union. Only 8% of respondents think that their chances of finding a job after Brexit have improved. 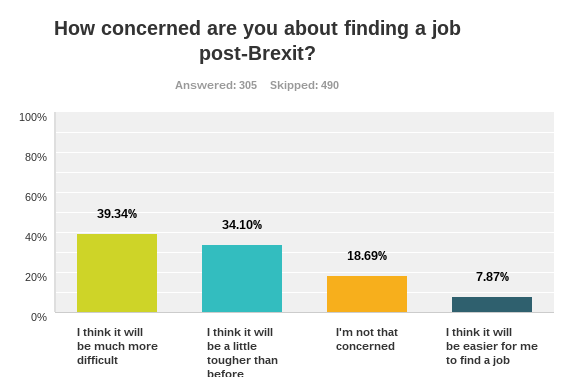 68% of UK graduates polled think it is very likely or probable that employers will cut back on UK graduate hires in 2016 and 2017.

Similarly, UK graduates expect major employers to be cutting back on graduate hires over the next two years, as a consequence of the Brexit vote. Over two-fifths of those surveyed think it's very likely that graduate recruitment is going to drop in the short term, and over a quarter consider it probable. 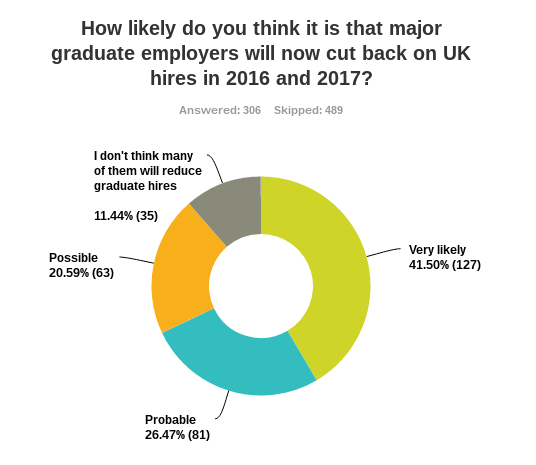 34% of EU graduates polled, and 24% of non-EU graduates, are now less likely to look for work in the UK than before the vote.

The two charts below show how the appetite to find work in the UK post-Brexit has varied between EU graduates and non-EU graduates. Overall, EU candidates are more reticent: almost 40% are undecided, though over a third are now less likely to look for work in the UK. Around 45% of non-EU candidates didn't think the vote had affected their desire to work in the UK, with a quarter saying it had a negative effect. 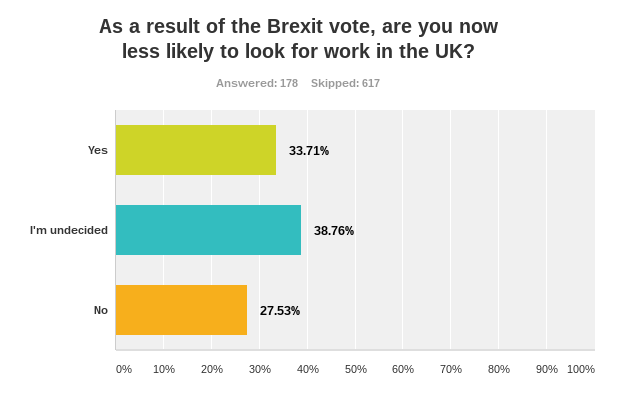 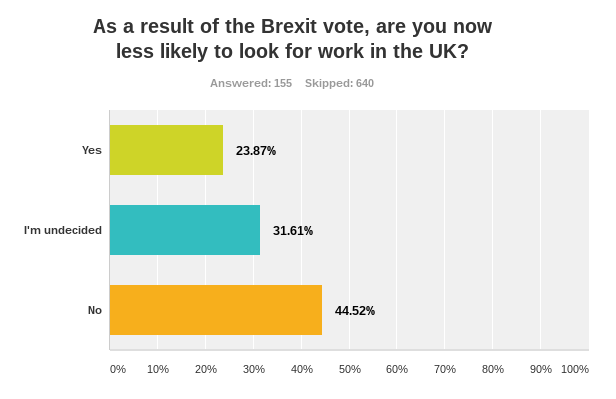 83% of EU graduates polled, and 52% of non-EU graduates, have a negative outlook for the UK economy over the next two years.

EU respondents were particularly bearish on the future of the UK economy: over 80% think it will worsen because of the Brexit vote. Non-EU respondents were more positive, but even so, over half of the graduates surveyed in this group believe the outlook for the British economy is negative. 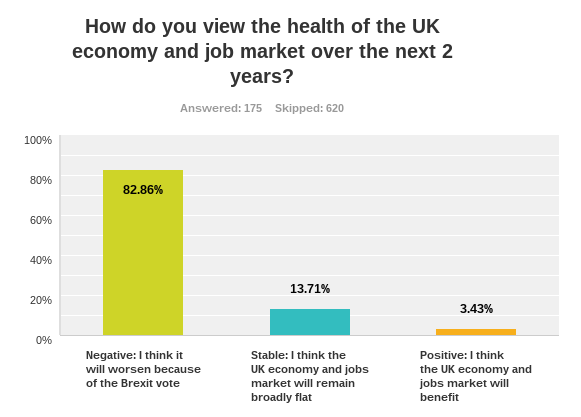 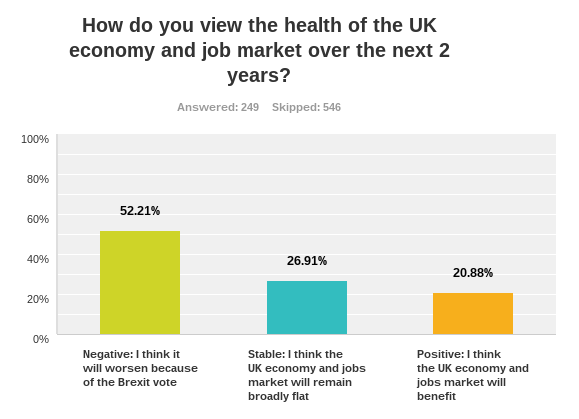