Critical Thinking Explained: What Is It?

Critical thinking is a form of reflective reasoning that evaluates information and arguments by applying a range of intellectual skills to reach clear, logical and coherent judgements within a given context.

Instead of accepting arguments and conclusions presented, a person with strong critical thinking will question and scrutinize the evidence provided. They will look for logical connections between ideas, consider alternative interpretations and evaluate the strength of arguments presented.

Everyone experiences some degree of subconscious bias in their thinking. Critical thinking skills can help an individual separate out facts from opinions.

These tests are used to determine an individual's ability to think critically and as a way of assessing a candidate's suitability for an organisation or a specific position within it. 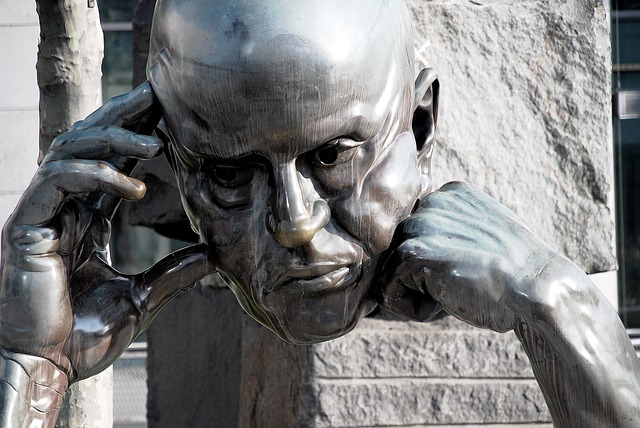 The critical thinking test is designed to test your ability to analyse text and use logic in your reasoning.

What Is a Critical Thinking Test?

A critical thinking test is designed to assess your capacity to conceptualise, analyse and reason when presented with a specific scenario.

Within the legal sector, critical thinking is a necessity in many different areas of work. Therefore these tests are often used in applications for law roles, to determine whether you are sufficiently skilled to handle the day-to-day challenges that legal professionals face.

It is not unusual for candidates to be asked to complete a situational judgement or personality test in addition to the critical thinking assessment.

The Structure of a Critical Thinking Test

During a crucial thinking test you will be presented with a paragraph of information, usually setting out a given scenario and including both numerical and written data.

Accompanying this paragraph will be a statement asking you to determine how truthful you think the statement is based on the information provided.

The test will typically include five sections as described below, which are used to measure how effectively you can work through information using analytical reasoning.

Here the candidate will be expected to carefully evaluate the scenario and then conclude whether any assumptions are present in the statement.

As an example, a statement within the paragraph could include the phrase "only employees in senior roles can afford to purchase luxury vehicles". In this statement, it is assumed that the luxury vehicle will cost more than a standard car.

This type of question will present a scenario such as whether the government should cover the cost of tuition fees for students. Following the question are a set of arguments in favour of and against the given scenario.

A deduction-based question is one where the candidate is expected to assess a set of deductions made about the information presented. If the candidate cannot deduce a statement from the data provided, the deduction is not applicable and the candidate must select which deductions apply and which ones don’t.

The answer must be based on the information provided, rather than conclusions that the candidate may reach based on their existing knowledge.

The final type of question within a critical thinking test is one that asks the candidate to interpret information. As with all of the other questions above, candidates are presented with a paragraph of information accompanied by a set of possible conclusions.

The candidate will then need to interpret this information and reach a decision as to whether any of the conclusions are possible based on the information.

Preparing For The Test

The majority of firms who use critical thinking tests are those in the legal sector, since legal jobs require candidates to critically review propositions and arguments as part of their daily duties. That being said, they can also be used for any industry where critical thinking skills are required.

When a critical reasoning test features as part of an assessment day, it is very unlikely that it will be the main factor in deciding whether you are suitable. Critical reasoning will just be one of the elements that the recruiter will use, in combination with a variety of other tools they will use to build up a bigger picture of your overall abilities.

If however, the critical thinking test appears towards the beginning of the recruitment process, it may be used as an initial screening tool to shortlist candidates. A poor performance during the test at this stage could result in early elimination.

To be successful in a critical reasoning test, you do not have to learn new material or conduct any research, nor will you be asked to draw on your existing knowledge.

The most widely used critical thinking test is known as the Watson Glaser. Let’s look at it in more detail:

Many believe it to be one of the most successful ways of predicting success in employment, identifying good managers and selecting the most suitable person for a specific job role (usually in law).

The latest version of the test was released in 2011, with a number of improvements including Item Response Theory scoring and enhanced face validity. The test was originally developed by Edward Glaser and Goodwin Watson, and was devised as a method of assessing those critical skills required to think in a clear, well reasoned and structured manner.

During the test, a candidate will be expected to complete questions based around five key areas mentioned previously.

If you would like to practise a simulation Watson Glaser test, please try the one below, which was created by JobTestPrep in association with psychometric experts, and is closely modelled on real tests.

The test consists of 10 questions to be answered in 10 minutes approx (although there is no timer on the test itself). Our test is slightly harder than the real thing, in order to make it sufficiently challenging practice.

You need to get 70% correct to pass the test. Don't forget to first check out the test techniques section further down this page beforehand.

You can take the test as many times as you like. Click the 'Take test' link below to get started.

A Watson Glaser test is designed to assesses your ability to digest and understand situations and information; it is frequently used by law firms. Try these 10 questions as an introduction.

To succeed in a critical thinking test, there are various steps that you can take to make sure that you perform as well as possible:

Review all the information

This may seem like an obvious tip, but is surprising how many people skip through the content just to get the question finished. Failure to read and absorb the information can have disastrous consequences.

Quickly skimming through the content can result in missed understanding or the omission of key pieces of data. Some candidates may find that reading the question several times can help, but remember these tests are usually timed so you may have to think quickly.

Before you attempt the real test, practice as much as possible and if you can, try to find out how many questions there will be so you can plan your time.

When you are completing the test, keep an eye on the time and don’t spend too long on one question. You can always come back to it at the end if you have time.

As critical thinking tests are usually quite complex in nature, they tend to have a generous time limit (in some rare cases, no time limit at all). Use this to your advantage when reading the passage of information, evaluating the question and providing your response.

At the beginning of each section, you will be provided with instructions detailing how to answer that section correctly. If, for example, the question asks you to evaluate whether the given arguments are strong or weak, the instruction cover page will advise what is classed as being a strong or a weak argument.

Take sufficient time to read these instructions so you can answer the questions properly.

This is a crucial part of the critical thinking test and understanding the difference between fact and fallacy can optimise your performance.

A fallacy is essentially an error or something misleading in the information due to a presumption or misconception. Where this type of logic is used, it can result in an argument that is invalid.

Researching the various types of confusing, misleading or false information that may appear in these tests enables you to be more alert to something in the information which has been deliberately used to throw you off or cause confusion.

Critical thinking tests are complex and certainly designed to challenge. Therefore it is strongly advised that you carry out sufficient practice before the tests so you can become accustomed to the five different areas.

The more practice you undertake, the more confident you will be in approaching the questions in the real critical thinking test.

What is a Psychometric Test?

How to Answer the Interview Question: What Are Your Strengths?

How to Answer the Interview Question: What Are Your Weaknesses?

What Are CAPP Tests?

How to Answer Brain Teaser Questions

How to Master Situational Strengths Tests