What Is an Aptitude Test?

An aptitude test is a systematic means of testing a job candidate's abilities to perform specific tasks and react to a range of different situations.

The tests each have a standardised method of administration and scoring.

The results are quantified and compared with all other test takers.

No prior knowledge is needed, as the tests measure innate ability at a particular competency.

How Are Aptitude Tests Administered?

Aptitude tests are usually administered online – most often after a candidate has made their initial job application – and are used to filter unsuitable applicants out of the selection process, without the need for time-consuming one-to-one job interviews.

Employers use aptitude tests from a variety of providers – such as SHL, Talent Q and Cubiks – alongside general interview advice, application forms, assessment centres, academic results and other selection methods.

No test is perfect, but all aim to give an indication of how candidates will respond to the challenges they will face in their day-to-day role at a firm.

The tests can be taken online or at a testing centre, such as a firm's offices, where they are usually paper-based.

Often a firm may ask you to complete both types of test, to confirm you did not cheat during the initial unsupervised online test.

Watch JobTestPrep's video on why you should prepare for a psychometric test.

What Are the Different Types of Aptitude Test?

These are the most common types of aptitude test that you will encounter:

Numerical reasoning tests assess your ability to interpret data and do basic math, including fractions, percentages and currency translation.

In-tray exercises provide a simulation of an email inbox, where you are required to respond to an imagined scenario. Often these will be followed by an interview or presentation at an assessment centre.

Diagrammatic tests measure your logical reasoning ability, usually under strict time conditions. They usually require you to infer a set of rules from a flowchart or similar diagram, and then to apply those rules to a new situation.

Inductive reasoning tests are designed to examine a candidate’s abstract reasoning ability. They identify how well a candidate can see the underlying logic in patterns, rather than words or numbers.

Mechanical reasoning tests assess your ability to apply mechanical or engineering principles to problems; they are often used for technical roles.

Watson Glaser tests are often used by law firms to assess a candidate's ability to critically consider arguments. There are five types of question, each tests a different aspect of critical thinking (inferences, assumptions, deductions, interpretations and evaluation of arguments).

Abstract reasoning tests use diagrams, symbols or shapes instead of words or numbers. They involve identifying the underlying logic of a pattern and then determining the solution to test general intelligence and reasoning ability.

Spatial awareness tests assess your ability to form mental images and visualize movement or change between them. They are often used in applications for jobs in design, engineering and architecture.

Error checking tests are an unusual type of aptitude test that focus on your ability to identify errors in complex data sets, such as codes or combinations of alpha-numeric characters. 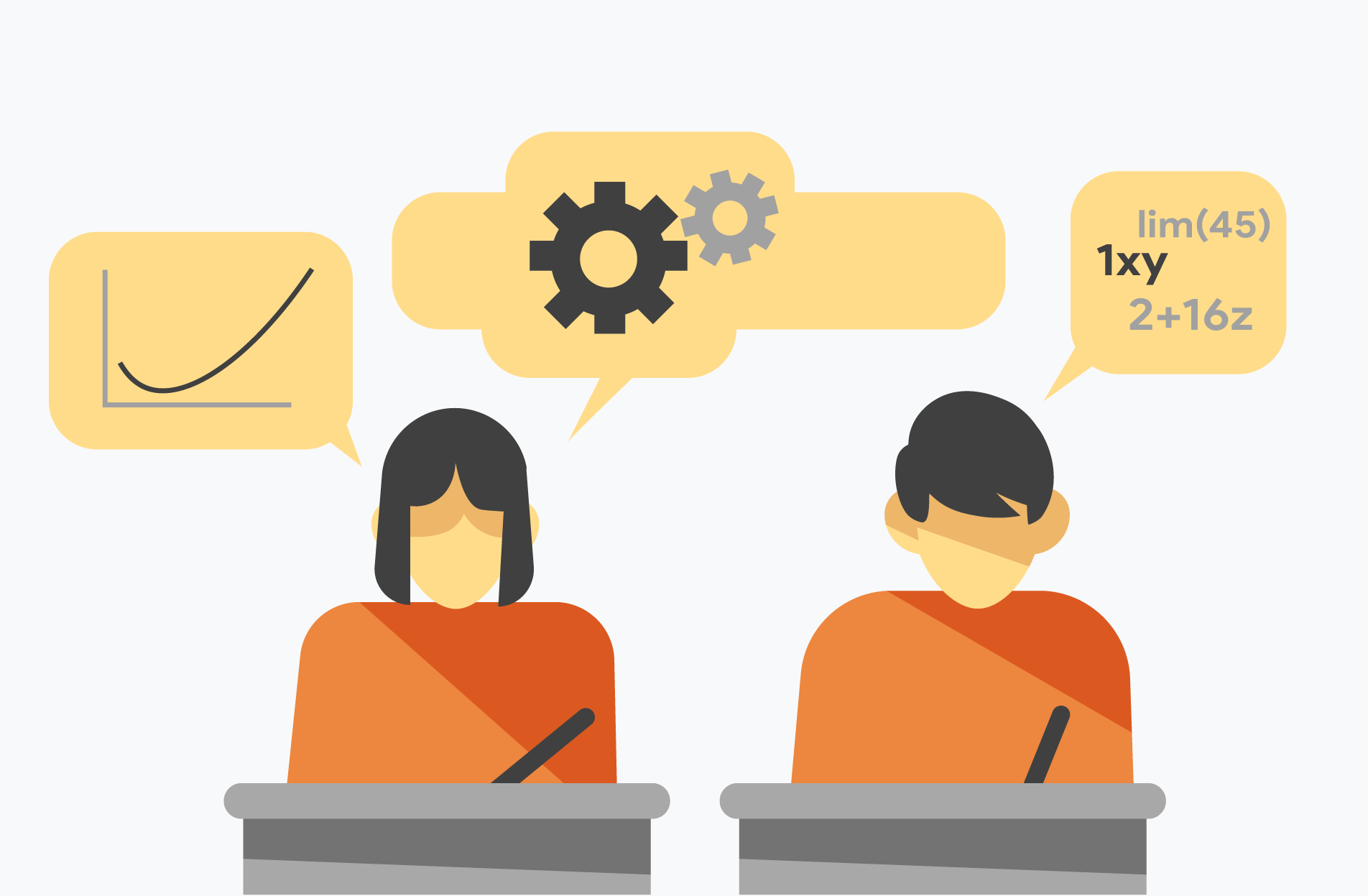 If you would like to practise simulation numerical, verbal and diagrammatic reasoning tests, please try the ones below, which were created by WikiJob in association with psychometric experts, and which are closely modelled on real tests.

Our tests are slightly harder than the real thing, in order to make them sufficiently challenging practice.

Don't forget to first check out the test tips and techniques mentioned further down this page.

You can take the tests as many times as you like.

Click the 'Take test' link below on either to get started.

WikiJob also has a psychometric tests app, available for both Android and Apple devices, which includes 10 numerical tests and 8 verbal tests.

The tests include a timer and worked solutions at the end.

Try this numerical reasoning practice test similar to SHL, PSL and the GTIOS psychometric tests used by many companies as part of their application process.

Diagrammatic reasoning tests assess your capacity for logical reasoning, using flowcharts and diagrams. Try these five practice questions, designed to be similar to those used by major graduate employers.

Tests are timed and are typically multiple-choice.

It is not uncommon for some available answers to be deliberately misleading, so you must take care as you work through.

Some tests escalate in difficulty as they progress.

Typically these tests are not designed to be finished by candidates.

Your score relates your performance to an average group.

Your aptitude, ability or intelligence has a relative value to this average result.

Typically, an 'average' performance is all that is required to pass an aptitude test.

Most employers take people's backgrounds into consideration for marking.

For example, maths graduates will have an unfair advantage over arts graduates on a numerical test.

Consequently, most employers use these tests as only part of the assessment process.

This means that for every answer you give incorrectly, a mark will be deducted from your total (rather than scoring no mark).

If this is the case, you will normally be told beforehand.

In any test that does incorporate negative marking, you must not guess answers, even if you are under extreme time pressure, as you will undo your chances of passing.

What exactly is an aptitude test and how should you approach one? Find out more in this short video.

Evidence suggests that some practice of similar aptitude tests may improve your performance in the real tests.

Practice exam technique and try to become more familiar with the types of test you may face by completing practice questions. Even basic word and number puzzles may help you become used to the comprehension and arithmetic aspects of some tests.

WikiJob recommends practising aptitude tests prior to the real assessment. JobTestPrep offers a wide range of professionally constructed psychometric questions, written in the same style as PSL and SHL tests (the tests most graduate employers use to assess candidates).

Aptitude tests can also be practised with similar providers such as AssessmentDay.

Preparation Before the Test

Treat aptitude tests like an interview: get a good night's sleep, plan your journey to the test site, and arrive on time and appropriately dressed.

Listen to the instructions you are given and follow them precisely.

Before the actual aptitude test itself, you will almost certainly be given practice examples to try. Make sure you ask questions if anything is unclear at this stage.

You will normally be given some paper on which to make rough workings. Often you can be asked to hand these in with the test, but typically they do not form part of the assessment.

You should work quickly and accurately through the test. Don’t get stuck on any particular question: should you have any problems, return to it at the end of the test.

You should divide your time per question as accurately as you can – typically this will be between 50 and 90 seconds per question.

Remember that the tests are difficult and often you will not be expected to answer all the questions. Be particularly cautious if the aptitude test uses negative marking; if this is not the case, answer as many questions as possible in the time given.

Remember that multiple-choice options are often designed to mislead you, with incorrect choices including common mistakes that candidates make.

How should you prepare for a psychometric test? Watch this video from JobTestPrep for some insights.

These five tips are well worth remembering before you take an aptitude test for real:

Our partner JobTestPrep has copious sample tests to try, until you have really mastered this type of assessment.

You may also want to look at this psychometric workbook, which covers numerical, verbal and spatial reasoning tests, with hundreds of practice questions.

Who Are the Different Test Providers?

There are numerous organisations that produce aptitude tests, including:

How to Prepare for SHL Tests

What Is the UKCAT?

What Is an In-Tray Test?

What Are Your Weaknesses?

To ask questions and get advice about aptitude tests, visit the WikiJob discussion forum.

Do you need more practice? 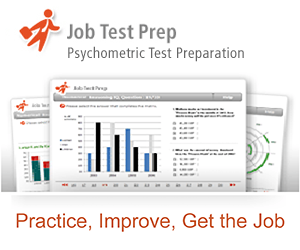