Don't lose out on that job. Practice aptitude tests today.
Take a What Is an IQ Test? test!

IQ, short for Intelligence Quotient, is a numbered score that is a gauge of how well an individual uses logic and reasoning to make predictions and answer questions.

It is commonly understood to be a way of determining a general level of intelligence.

The use of IQ testing is still hotly debated; the concept of what it means to be ‘intelligent’ and whether an IQ test is a sufficient and fair measure of that is a controversial topic.

IQ tests have been criticized for not making allowances for cultural or educational differences, meaning that some parts of society could be potentially marginalized by IQ test scores.

It is fair to state that there are many different kinds of intelligence, and the IQ test focuses mainly on reasoning and logic as its testing scale of aptitude, though a good level of literacy is a prerequisite for sitting an IQ test.

What Are IQ Tests Used For?

Although IQ’s origins lie within uncovering potential gaps in ability for school children, IQ tests today are used for a wide range of functional purposes.

The first IQ test was developed by French psychologists in 1905 to identify children who may need individualized help to realize their potential.

This first intelligence test, now known as the Binet-Simon scale, would prove to be the basis for modern IQ testing.

The psychologist Alfred Binet, who was responsible for the Binet-Simon test, was keen to point out that intelligence is a broad-brush concept, and that quantifying it with a single number would be over-simplification.

The most literal explanation of an IQ test is to provide a score from a standardized test that is designed to measure an individual’s intelligence.

Since the IQ test’s first incarnation during the early 1900s, there are now several variations of the IQ test.

IQ tests are recalibrated on a regular basis every few years to make them more challenging. This is because it was discovered during the early years of research that the average score on IQ tests was on a steady upward trajectory.

This worldwide increase in IQ is now known as the ‘Flynn Effect’, named after Jim Flynn, who was originally responsible for conducting research into this singularity.

This means that if you take a test once in your lifetime, your score will definitely vary a little – if you scored at say 110 in 2010, you will score lower now, even if you are at the same level of IQ today that you were some years ago.

Throughout the 20th and 21st centuries, modern IQ tests have been developed to measure a specific mathematical score between zero and 200.

On most validated IQ tests, the average score will be around 100.

How Can I Find Out My IQ?

It is important to be aware when considering taking an IQ test that your score is not an immovable set of numbers; you can practice and improve, using validated resources.

Check out our article where you can find free IQ test resources.

It is also prudent to take into account that there are many unvalidated free IQ tests online; these will not provide an accurate score.

Generally, IQ tests will be carried out in professional conditions and will be delivered by a validated provider ('psychometrician' is the correct term for a person who designs, delivers and scores psychometric tests).

How Does an IQ Test Measure Intelligence?

As our understanding of brain function grows, IQ tests being seen as a blanket measure of human intelligence seems to be an oversimplification of an extremely complex human cognitive ability.

To be absolutely accurate, an IQ test measures ability.

Of course, to achieve a high IQ score, you must have some natural level of ‘intelligence’, but you must also have confidence, perseverance, focus, competitive ambition and good literacy skills.

It is also not yet scientifically proven that intelligence cannot be developed, using training and education.

However, while cognitive function research continues, IQ tests are still a popular way for employers to screen candidates, and for candidates to test their own functional abilities.

Short-term memory, processing speed, reasoning, verbal recall and mathematical problem-solving are all factors that will be tested during a standardized IQ test.

What Types of Questions Are on an IQ Test?

Logical questions within an IQ test are there to examine a candidate’s ability to see a logical pattern within visual data.

Spatial questions are used to assess a candidate’s ability to manipulate two-dimensional and three-dimensional objects.

Visual questions are varied, but tend to focus on a candidate’s capability regarding visual sequencing and pattern-finding.

1. Which shape is the odd one out? 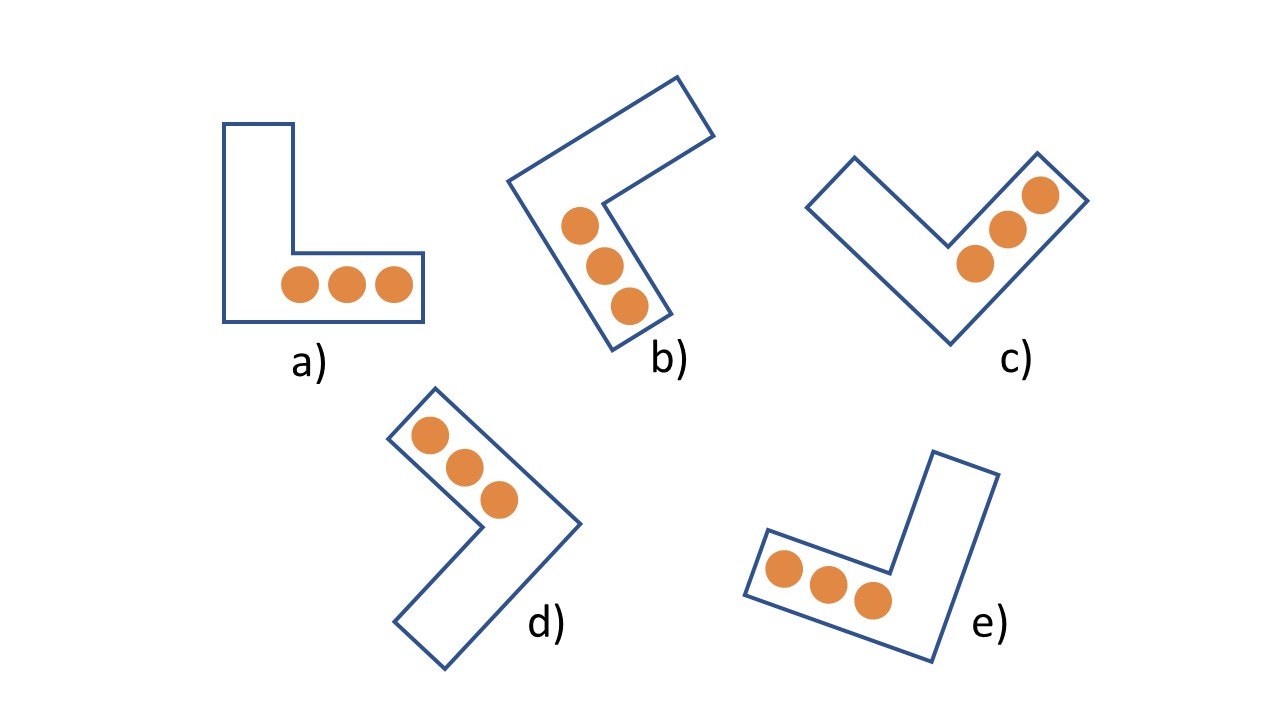 The correct answer is: e)

All the items are the same shape rotated except for e) where the three balls are in the opposite side of the shape. 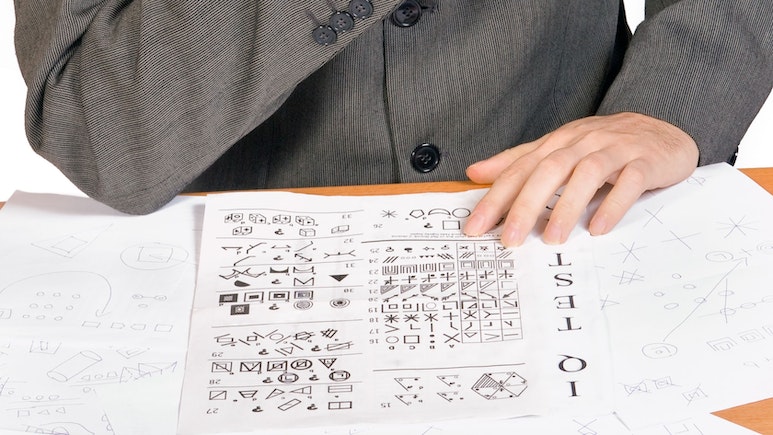 Questions regarding analogies (something that is significantly comparable to something else) will test candidates on their general knowledge and ability to logically separate information that is closely related.

Verbal analogy questions will focus on the semantic relationship of the statement given.

This could include a literal analogy, similar to the example given below, or an example of say, a synonym.

This means that refreshing yourself on semantic terms will improve your chances of achieving a higher IQ score.

When presented with the question, carefully consider how the words relate to one another.

1. Find the answer that best completes the analogy:

This is clearly the word that relates as a perfect fit to the given analogy.

The rule that is being applied is the multiple of 12.

Classification questions test similar abilities to those that are assessed in the analogy question categories.

1. Which word is a misfit in the following group?

The correct answer is: f) Bluetta – which is a blueberry variety.

The rest of the answers are varieties of wine grapes.

Questions within the pattern category will test a candidate on how they are able to make order from chaos.

These questions will rely on the candidate working out the correct rule to the pattern, therefore making sense of what may at first look like a jumble of patterns, symbols or letters.

1. If HOUSE can be encrypted as JQWUG, how can you code the word DOOR?

The correct answer is: c) FQQT

Each letter in the original word becomes two letters forward in the alphabetical order (plus two), to get the encrypted word.

Over the past several decades, IQ testing has been used as a means to determine an individual’s level of general intelligence.

As a broad indicator, its enduring use is testament to its general reliability, but it’s still a far from perfect measure.

In the same way as you would enter an exercise program to promote muscle tone and gain a healthier physique, you can enhance your chances of a high IQ score when you practice, and also get used to honing your focusing techniques.

This philosophy can be applied to any examination, and is a useful code to remember when you have an upcoming test.

Preparing for What Is an IQ Test?